A side chick cursed the day she was born after she was confronted by a jilted wife who found out that she has been meeting her husband for secret s£x escapades. 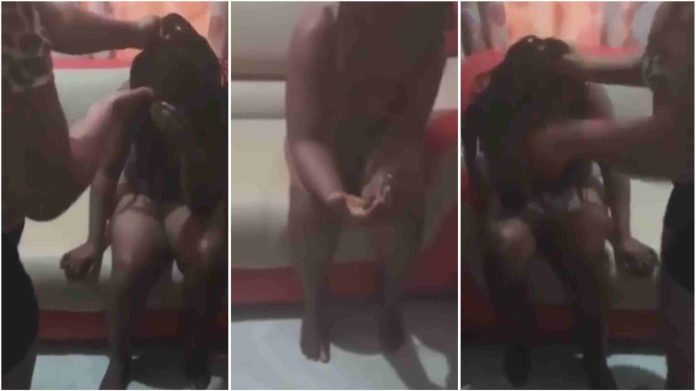 Just as cheating is not allowed in relationships, the same thing applies for marriages. Here, the husband or wife does not expect his or her partner to have extra marital affairs as this can lead to the end of the union.

Some get caught in the act while others get away with it.

Just recently, a video made the rounds on social media, showing a married woman accosting her husband’s girlfriend after busting her.

The aggrieved woman, who was breathing fire and roaring like a lion, rained kicks and blows on her husband’s clandestine lover, accusing her of wrecking her marriage.

In video, the poor woman pleading for mercy as the aggrieved woman interrogates her, questioning what she was doing in her husband’s bedroom .

The man is said to have escaped from the scene leaving her ‘partner-in-crime’ facing the music alone.