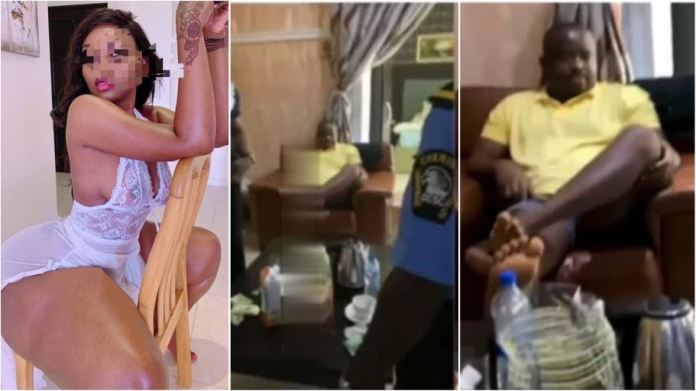 There was drama after a lady confronted a man who took her to a hotel for ‘fun’ and refused to pay her the agreed amount of money after satisfying his manly needs.

According to social media reports, the businessman was spotted spraying money at a funeral to show off and impress ladies.

After the funeral, he approached a lady and took her to a hotel room to spend the night with her.

However, trouble started after she demanded her dues after a wonderful night.

The slay queen went berserk and called cops while demanding to be given her dues.

Watch the dramatic video below :