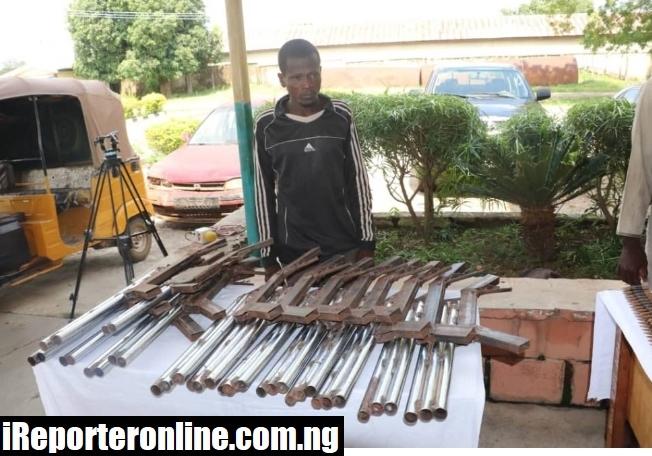 According to Daily Post, the Niger State Police command has arrested three suspected gunrunners and recovered over 567 live ammunition from the suspects in the State.

Parading the suspects in Minna, the state Commissioner, Monday Bala Kuryas said the suspects have confessed to the crime.

The state Police boss said Muhammadu Bello, aged 32 and Nura Umar aged 30 (driver), both of Birnin-Kebbi, Kebbi State were arrested by the Police Safer Highway on patrol along Makera-Mokwa road in their vehicle.

According to him, the said driver (Bello) refused to stop at the check-point for a routine check, but after a hot chase by the Police team to Sabon Makera village, they abandoned the vehicle and took to their heels.

However, he explained that the two suspects were later arrested with the help of the community. 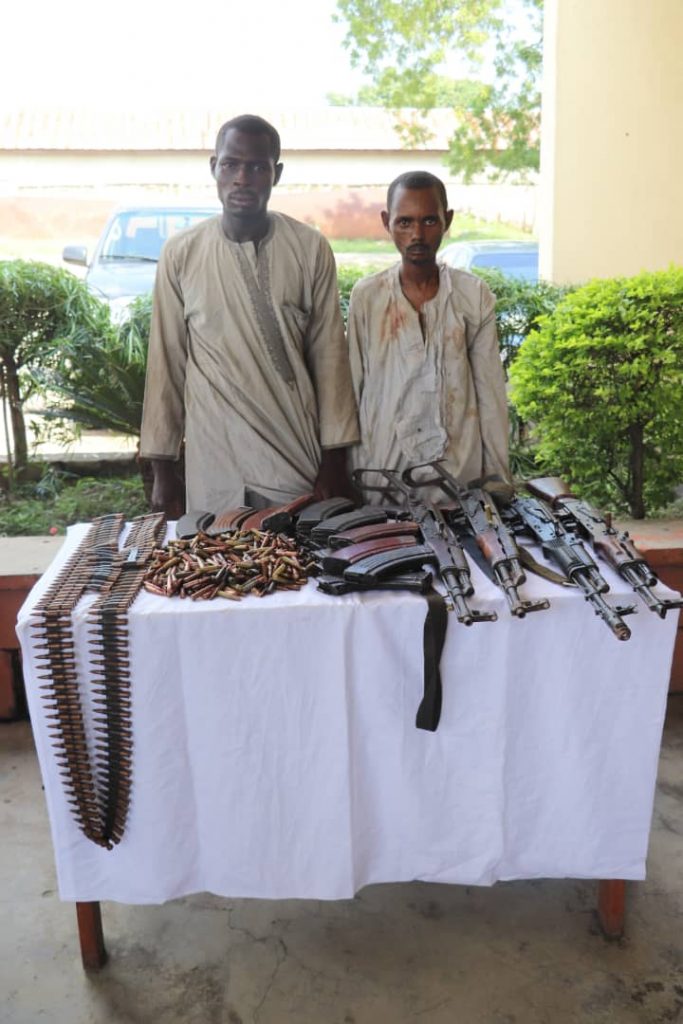 He stated that when questioned, they claimed that the arms were being taken from Sokoto to one Yellow at Mokwa.

Kuryas also said the third suspect, Habib Sani aged 25, of Kanti village, Mashegu LGA was earlier arrested in possession of 14 locally fabricated guns concealed in a sack bag while on transit in a commercial vehicle from Kanti village to Guffanti, New-Bussa Borgu LGA.

“Sani confessed that the guns were given to him by a local fabricator called Bilya to deliver to one Bulus of Guffanti village and that he was given the commission of N1,000 on each gun if he delivered them successfully.

” Effort is ongoing to apprehend Bilya and Bulus who are currently at large.

“All the cases are under investigation while suspects will be arraigned in court for prosecution as soon as investigation is concluded,” he added.