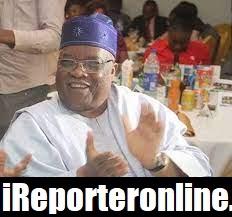 Edo: See What Sen Oyofo Says Would Happen To Obaseki  If He Does Not  Alleviate The Sufferings Of The People

Senator Victor Kassim Isa Oyofo has some words of advice for Obseki and his Deputy Philip Shaibu. According to a statement allegedly made by the PDP chieftain, Obaseki and his deputy should unequivocally stay away from playing the roles of a godfather and concentrate on alleviating the sufferings of Edo citizens.

According to the short but powerful statement or prophecy, it would be suicidal for Obaseki to toy with the yearnings of the people.

The former PDP  Senator used some keywords laced with so many hidden meanings.

See the viral message below…

“I congratulate His Excellency; Mr Godwin Obaseki and the Deputy Governor Comrade Shuaibu for being the Chosen ones to begin the process. This means that they must act to justify their appointments; for he who much is given much is expected. This means that they should concentrate their energies on alleviating the sufferings of the people. Do not concern yourselves or planning your successors because this will not be in your hands”.

If you do not concentrate on alleviating the sufferings of the people, their sufferings will fall upon you multiplied several times over. These spiritual consequences are beyond human imagination and they are not negotiable nor are they forgivable! No earthly wealth can compensate for such sufferings.” “I am His Messenger. Senator Victor Kassim Isa Oyofo.”

Hmm, what are your views as regards this cryptic message?