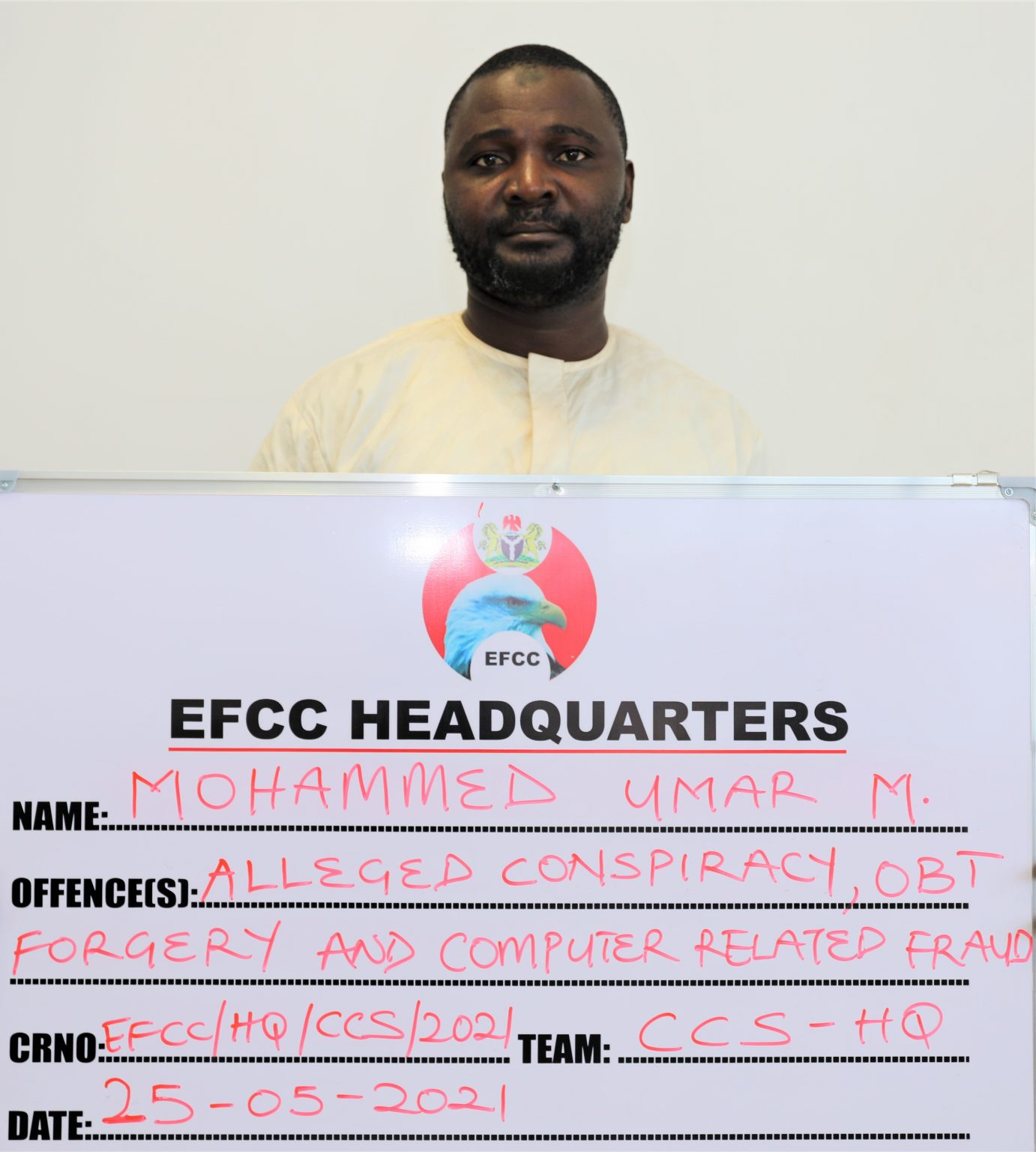 The Economic and Financial Crimes Commission (EFCC) arrested Mohammed Umar, a politician and businessman based in Bida, Niger State, for alleged employment scam.

EFCC spokesman, Wilson Uwujaren, in a statement said the Cybercrime Section at the EFCC headquarters, Abuja nabbed Umar on May 18.

The action followed a complaint from a victim whom Umar allegedly defrauded through a fake employment offer with the Nigeria Customs Service (NCS).

Umar allegedly requested for the sum of N750,000 from the victim.

The job seeker gave him a deposit of N200, 000 and promised to pay the balance when he gets an appointment letter.

The victim was issued one which turned out to be fake. He petitioned the EFCC.

The suspect’s accomplice, Alhaji Isa Musa is still at large. Umar will be charged to court when investigation is concluded.

How Masters Degree Holder Was Sacked By Lagos Ministry For Disclosing N35,000 Salary

Greenfield Students Still In Captivity One Month After Abduction