A recurring criticism the EFCC has contended with for many years is its low conviction rate. While the agency fills the schedule logs of courts with large volumes of cases, only a tiny fraction yields results. The reason, according to its critics, is that the agency aims for theatrics not substance, and prioritizes media triumph over courtroom victories where actual, demonstrable proof counts. 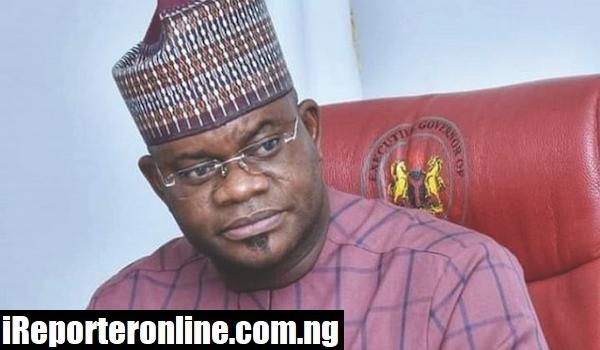 The accusation rang through earlier this week when it appeared the agency hit box office with an ex parte order obtained from the Lagos Division of the Federal High Court ostensibly against the Kogi State Government over its management of the bailout funds received from the Federal Government. The EFCC had told the court in a sworn oath that the Kogi State Government stashed an estimated sum of 20 billion naira in a fixed deposit account operated with Sterling Bank Nigeria to earn accruing interest, instead of deploying it for its actual purpose of meeting salary obligations.

Accordingly, the court granted the EFCC’s request to freeze this account and the purported 20 billion naira it warehoused to preserve evidence of the alleged crime. The media, running with the EFCC’s line of argument (possibly because it guaranteed clicks on an otherwise slow news day), reported just as much. Cue outrage, name-calling, and shock.

Many genuinely concerned Nigerians wondered how any government could be so callous to deny workers their due when the fund with which to offset their settlement claims was available. The head of the Kogi State Government, Governor Yahaya Bello, was called names. His political opponents, particularly those who lost their feeding bottles when he purged the state of the ghost worker menace and other illegal cash funnels, seized on the report with the anticipatory excitement of those who have long waited for a chance to gloat that “he is one of us, after all”.

The EFCC got several nudges to bring this one over the finish line and put all involved behind bars.

But there was one problem with all of that: the Kogi State Government does not operate a fixed deposit account with Sterling Bank Nigeria and the quoted 20 billion naira exists only on EFCC’s charge sheet, nowhere else. It turns out the EFCC presented a fictional tale to the court, the court ruled on the fiction, and the public got roped into the drama with the aid of uncritical media reports.

Sterling Bank Nigeria was categorical in its clarification when finally approached for one: “The Kogi State government does not currently operate or maintain a fixed deposit account with Sterling Bank.”

The balance on the bailout accounts the state government maintains with the bank, the accounts the EFCC claimed contained the estimated 20 billion naira accumulating steady interests in a fixed arrangement, had a cumulative balance of approximately 46 million naira as of the 31st of August.

Essentially, at the time the EFCC prodded the court to freeze the state government’s account because it had purportedly discovered some 20 billion naira lying fallow, the actual amount in the account was less than 50 million naira – a meager sum for a state government.

If the EFCC was going to find anything in the region of the quoted sum in the account, it was late by at least a year. Available records – which the EFCC could have consulted to save us all the trouble of what is now a pointless exercise – show that the Kogi State Government, through the spirited efforts of Governor Yahaya Bello, received in different tranches the sum of 19.9BN from the FG in bailout funds in 2019. The fund was immediately disbursed to settle the salary arrears inherited by the administration from the previous one.

If the EFCC acted on a tip, it was definitely bad and misleading intel. But even that does not answer the question of whether an agency that is Nigeria’s top anti-corruption outfit should be swearing oaths in court and feeding stories to the press without facts that hold up to scrutiny. It is beyond embarrassing.

Yet the embarrassment is not for the EFCC alone to suffer. Nigeria also takes a hit with sensational, but untrue, headlines like this one. Reports of a state government illegally and amorally withholding salaries to earn interests reinforce negative tropes in international circles and shakes investor confidence. It limits opportunities available to honest Nigerians and their organizations jostling for international consideration. Leveling such a weighty allegation without the facts to back up the claim is a dereliction of duty and amounts to instigating unwarranted public anxiety.

There is little doubt that the EFCC is keen on curbing graft in the country. And with this (unfair) targeting of Governor Yahaya Bello, a prominent governor in the ruling party, those who taint its operations with the accusation of partisan bias may need another line of argument. But its zeal must now be tempered with caution and due concern for the image of accused parties who, though eventually absolved of any wrongdoing as in the case of Governor Bello and the Kogi State Government, would have suffered incalculable reputational damage in showy media trials based on untested claims. Otherwise, its credibility may end up like that of the boy who cried wolf.

There are already insinuations that the charge was sponsored by those desperate to tank Governor Yahaya Bello’s future aspirations, using the EFCC as a pliant front. To refute such a claim – and to protect the integrity of the agency and the important purpose it serves in the country – the EFCC must embark on a journey of redemption that begins with a public apology to Governor Yahaya Bello and the Kogi State Government.