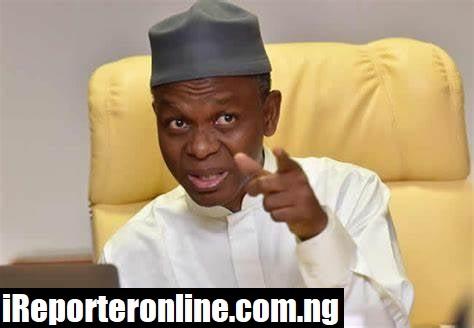 “When there is no enemy within, the enemy outside can do you no harm.” Ancient Proverb On Survival.

There is this program that airs on ITV known as VBOSUNU, the anchor of the program has a question he normally asks his audience or respondents, HOW DO YOU FEEL NOW?

“If you don’t gerrit then forget about it.” 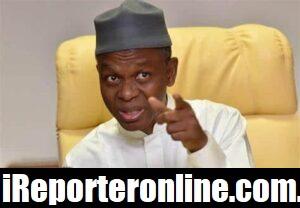 Authorize me to ask the Yobe State Governor, Mai Mala Buni this question, HOW DO YOU FEEL NOW?

Yesterday on Channels TV the Kaduna State Governor, His Excellency Mallam Nasir El-Rufai practically exposed the face of the betrayal in APC who like I earlier predicted never had a plan to hold a convention.

Read Also Jagaban On The Move: The Most Anticipated Photos Of How Tinubu Shutdown Ekiti, Ondo Yesterday

“Someone went to court and secretly got an injunction that APC must not hold its convention, and Buni hid the injunction, kept it like a time bomb but we have unravelled it, it will be vacated.

APC will not go down because of the inordinate ambition of some governors. All of us will remain in Abuja until we conclude the convention.”

How despicable? Just imagine the wickedness of one man just because of personal ambitions, what did he take Buhari for? A Fossil?

The mischievous plans of Mai Buni have been revealed by El-Rufai, please permit me to appreciate the audacity of El-Rufai in pointing out the misdeeds of Mai Buni that led to his unceremonious exit as the caretaker committee chairman of the APC.

Yes, politics is a dirty game but can we say it is a BLOODY GAME? Here are 4 major sins of Mai Buni that Karma decided to deal with consequently.

2 Turning APC into a huge COMEDY STAGE of endless SKITS mocking the party as inept, sloppy, unkempt and disorganized.

3 He disobeyed the president countless times.

4 He was indeed planning to weaken the APC.

Bush radio investigation has it on good authority that Mai Buni was indeed gunning for the vice presidential ticket of the APC. Instead of him waiting for his time and go pick the Gubernatorial form for a second term as Yobe Governor he decided to eat the FROG that is bigger than his appetite, Now e don CHOKE.

Only a greedy examiner would not take account of the ripple effect of a continuous postponement of a particular exam on the student. Imagine a student reading for an exam meant to be written within six months and ends up spending two years preparing for the same exams?

At the last count, the APC had no fewer than 11 aspirants jostling for the National Chairmanship seat with thousands of others competing for other elective positions, it is unfortunate that the duo of Mai Buni and his secretary, James Akpanuodede just turned people’s parents into PING PONG pushing them upadan without even having a conscience.

Now because someone wants to eat beef he has no choice calling the cow uncle everywhere the cow turns.

Later when people start saying these leaders don’t listen to their subjects when they finally assume office it is because of such stress they pass through before attaining the office. They start feeling Entitled.

For Pete’s sake, even Presidential election dem no dey use two years campaign put, but when it came to the turn of Mai Buni who God just gave power à la carte he decided to recreate god with a small g.

The heart of some men are desperately wicked, every day these aspirants are crowded by followers, well wishes and other campaign staff, with each hailing they get they part with hard-earned resources.

And yet who is to conduct the congress is behind the scene smiling and probably flexing his popcorn to the liability of people throwing money for a convention he has no plans in conducting.

2 Turning APC into a huge COMEDY STAGE of endless SKITS mocking the party as inept, sloppy, unkempt and disorganized.

The opposition party has made the APC a laughing stock, ask the Rivers State Governor, Nyesom Wike about the APC and he would laugh back and say …” that party that can not even conduct a COMMON CONGRESS.”

Do you know in less than three months the election was postponed more than thrice?

Do you know there was a time they sent a notification letter to INEC about the convention date and never included Eagle square as the venue knowing fully well that the letter of notification to hold its congress is constitutionally time-bound?

Hear El-Rufai speak on this…

“The sub-convention committee set up by Mai Mala Buni is made up of over 1700 persons which is half the capacity of Eagle square, that is a recipe for crisis”

3 He disobeyed the President like he owned the party.

Imagine such insolence? Just party caretaker chairman and you assume the role of Commander-in-Chief.

Listen as El-Rufai speaks on this…

“The President signed on the Zoning agreement, yet some people wanted to change it. They were circulating another list. What was approved today is exactly what the President approved.”

“Akpanuodede wanted to change the zoning formula approved by the President…..”

lol, I trust El-Rufai and his bluntness he further berated Akpanuodede, “Ordinary Secretary and Akpan Akpadoedehe saw Himself As A “Kingmaker”

Imagine somebody that can not win a single ward in Akwa Ibom State wants to become a Godfather.

According to El-Rufai, Senator Akpan Akpadoedehe refused to obey PMB’s directive before he resigned.

4 He was indeed planning to weaken the APC.

Hear the various allegations against Mai Buni by El-Rufai as regards destabilising the party.

“When I got a copy of the court injunction Buni has been keeping before daybreak yesterday, I was short of words.”

“The President was shocked when he realized that some people were actually planning for the downfall of our party within our party….”

The thing about betrayal is that it will always come from those close to you, betray the homeland – become a scoundrel.

Mai Buni has lost the trust of the party, he has proven that he was an imposter in the APC just there to use the party for his selfish benefits.

For thirty pieces of silver, Mai Buni has betrayed his party, in the end, the Yobe State Governor was nothing more than a Judas Iscariot waiting to stab the party in the back when the time was right.

As El-Rufai said…”Even if Buni returns, he’s assuming no position in the party except as governor of Yobe State.

Who chop bellyful go always hungry, na pikin wey d mama carry for back go tell you say journey no far if you ask am how far.

There is always a payment day for the transgressors.

2023: Why I’m Trekking From Abuja To Lagos For Tinubu – Kano Man