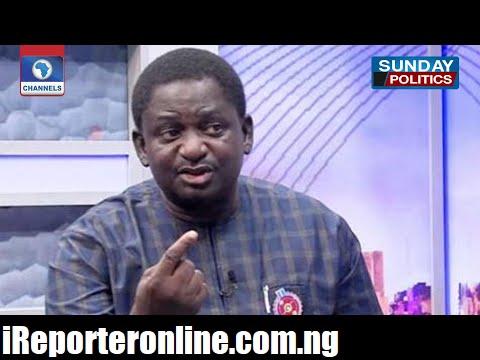 The President’s Special Adviser on Media and Publicity, Femi Adesina, is hopeful that the 9th National Assembly will act right in the interest of the nation’s democracy.

He stated this in anticipation of the decision of the legislature following President Muhammadu Buhari’s refusal to sign the Electoral Act Amendment Bill.

“Let’s not forget that this National Assembly, particularly is made of more than 70, about 80 per cent of APC members and you don’t have a party kicking against itself,” said Adesina who was a guest on Channels Television’s Sunday Politics.

In withholding his assent to the bill, President Buhari had cited the cost of conducting direct primary elections, security challenges, and possible manipulation of electoral processes by political actors as part of the reasons for his decision.

While lawmakers in the House of Representatives could not immediately take an action, they said they would adequately address the matter in January next year.

Speaker of the House, Femi Gbajabiamila, explained that the time was short to address such a sensitive issue and the lawmakers had to pass other important bills, including the 2022 Appropriation Bill and the Finance Bill.

At the upper chamber, the Senate resolved to consult with the House of Representatives in January when both chambers would be in session.

Ahead of the resumption of plenary, Adesina said the lawmakers have a right to override the President’s veto, but they would determine if such was necessary at this time.

“Well, overriding a veto is part of democracy, but is it the expedient thing to do at a particular time? That is the question,” he said.

“That is what the APC will use its majority in the National Assembly to determine; is it expedient to override the President? If it is not, then what are the other options? That is what needs to be looked into.”