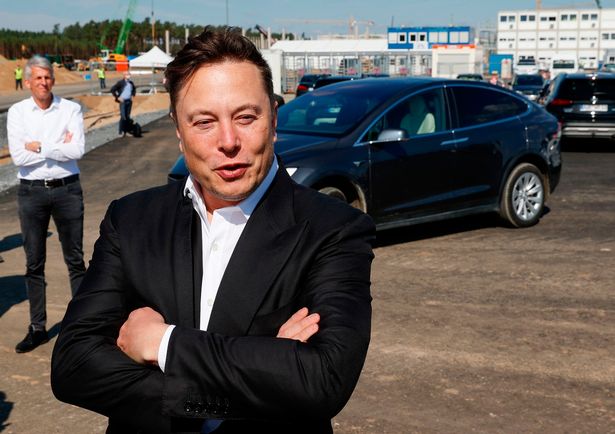 Elon Musk has rejected allegations that he groped and exposed himself to a flight attendant six years ago.

“Those wild accusations are utterly untrue,” the world’s wealthiest person posted on Twitter, the platform he is currently in the stalled process of buying for $44 billion.

The news outlet, Insider, reported earlier in the day that Musk’s rocket company SpaceX paid a woman $250,000 in 2018 to settle a misconduct claim against him.

The report said Musk, who was receiving a massage from the woman in question during a flight on a private jet to London, exposed his erect penis to her, touched her leg without consent, and asked her to perform a sex act.

It cited a woman who said she was a friend of the flight attendant in question.

“The attacks against me should be viewed through a political lens – this is their standard (despicable) playbook,” Musk tweeted Thursday.

He did not specify who “their” referred to, but added: “I have a challenge to this liar who claims their friend saw me ‘exposed’ – describe just one thing, anything at all (scars, tattoos, …) that isn’t known by the public. She won’t be able to do so, because it never happened.”

The South Africa-born entrepreneur – who holds the US, Canadian and South African citizenship – had earlier said he was switching his support from the US Democratic party to the Republicans.

“Now, watch their dirty tricks campaign against me unfold…” he added.

This week, Musk – whose estimated net worth is $265 billion – put on hold his bid to buy Twitter, saying it would not proceed unless he got proof of the number of spam accounts plaguing the platform.

As well as his prolific tweeting, on-again-off-again relationship with pop star Grimes, sizeable wealth and SpaceX ventures, Musk is primarily known as the founder of electric vehicle company Tesla.

He has said he wants to make humans an “interplanetary species” by establishing a colony on Mars.

Musk has also made headlines of a less flattering kind: Tesla has faced a series of lawsuits alleging discrimination and harassment against Black workers, as well as sexual harassment. (AFP)