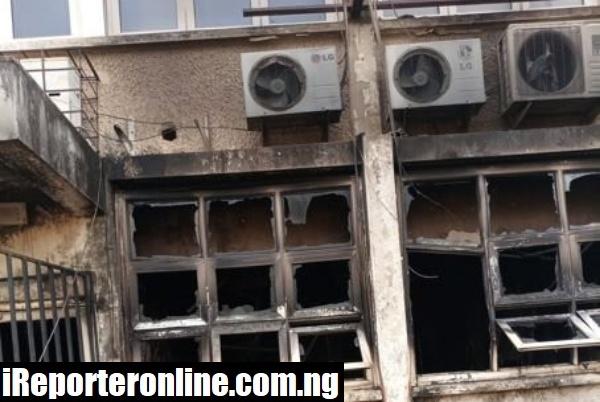 The Headquarters of the Enugu State Broadcasting Service was on Tuesday morning razed by an inferno said to have started at around 6 am.

Although the cause of the fire is yet to be ascertained, the General Manager of the station, Chukwuma Ogbonna confirmed that the fire had been put out by firefighters

He also revealed that it was the second fire incident at the station this year.

It was gathered that the inferno completely destroyed the newsroom and presenters’ office, including HD Cameras and laptop computers.