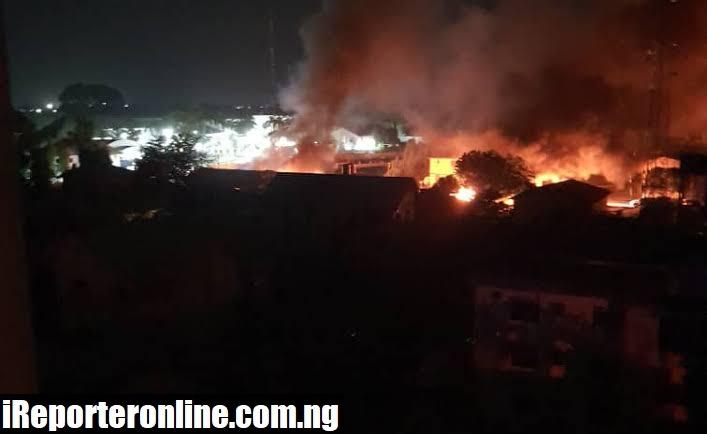 A technician and a yet-to-be-identified persons have been confirmed dead in a gas explosion that rocked Conference Hotel, Abeokuta, the Ogun State capital.

DAILY POST confirmed that the hotel, located at Okemosan, is owned by former Governor, Gbenga Daniel.

Three others were said to have sustained injuries in the explosion and are currently receiving treatment in a hospital.

Confirming the incident, the Hotel Facility Manager, Engr Tunde Osinubi, said the explosion occurred as a result of a fake gas cylinder used while servicing a revolving door at the hotel.

“A routine maintenance of the Automatic revolving Door at the entrance of the Hotel Reception which involved the use of oxyacetylene gas to weld the door hinges was being carried out.

“The Oxyacetylene gas cylinder suddenly exploded, killing the technician and one other person yet to be identified,” Osinubi said in a statement.

He suspected that “the gas cylinder purchased at the open market may be fake and unable to withstand gas pressure.”

The management of the hotel has sympathized with families and friends of the deceased, warning the general public to be beware of fake gas cylinders in the market.

DAILY POST reports that two cases of gas explosion occurred in Abeokuta last week, resulting in the death of four persons, including a minor.