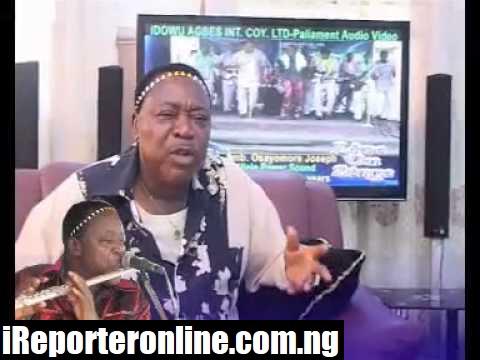 The Family of Ambassador Osayomore Joseph has debunked death rumour against the legendary Edo Musician.

His Son, Mr Ehenede Osayomore who described it as fake news also said that this is the third time that such wicked rumour is being posted on social media platforms, he then laughed over it.

Also in a live video by the Daughter Uwa Osayomore, she was seen going to the Father’s room, where Amb. Osayomore later debunked the death news, and also said that those posting the fake news are insane.

According to him on the live video, he said, “They are mad”