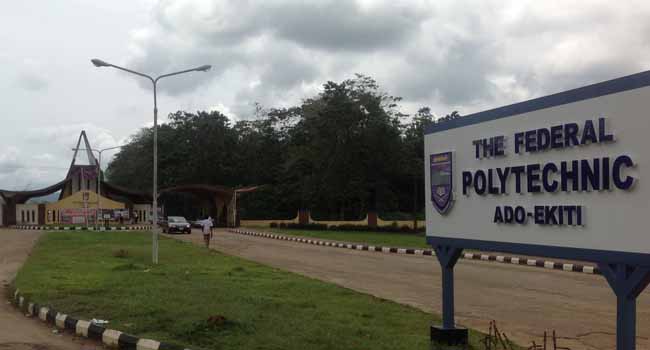 A Presidential Visitation Panel sent by President Muhammadu Buhari to the Federal Polytechnic, Ado-Ekiti in Ekiti State, has said the falling standard of education in the country was responsible for the noticeable failures in the country’s polytechnics.

The Chairman of the 7-man panel tagged, “Making the System Work”, Chief John Ochoga, spoke 1in Ado-Ekiti on Wednesday during an interaction with reporters on their mission at the polytechnic.

Ochoga said that polytechnics had failed to live up to the desire of the designers of technical education, which was to promote technology and advance the economy, due to the general falling of the education standards in the country.

‘The disappointments we are getting in our polytechnics was a function of our falling educational standards. There are students who are doing brilliantly well in some polytechnics and also in the universities, but whatever happens, is part of the failure of the system. It is a general failure. You can get the best brains anywhere,’ he said.

The better thing I think we should do is that we must respect diversities of our education, that has been our problem. We must diversify our revenue sources as individuals this will wipe out this issue of the dichotomy between universities and polytechnics,’ Ochoga said.

Ochoga also clarified that the panel was not at the Federal Polytechnic, Ado-Ekiti, to probe or investigate anyone, but to ascertain problems facing the institution in order to recommend necessary solutions.

‘We are expecting memoranda from the members of the public. This is not an investigative panel, but a panel that wants the system to work. We are here to interrogate the system. We want to know where the problems are, what caused them, how we can tackle them and how the system can work better than what we have,’ he stated.