A syndicate of Nigerian unemployment fraudsters has been busted by the FBI and other law enforcement agencies in the United States, court documents seen by Peoples Gazette said. 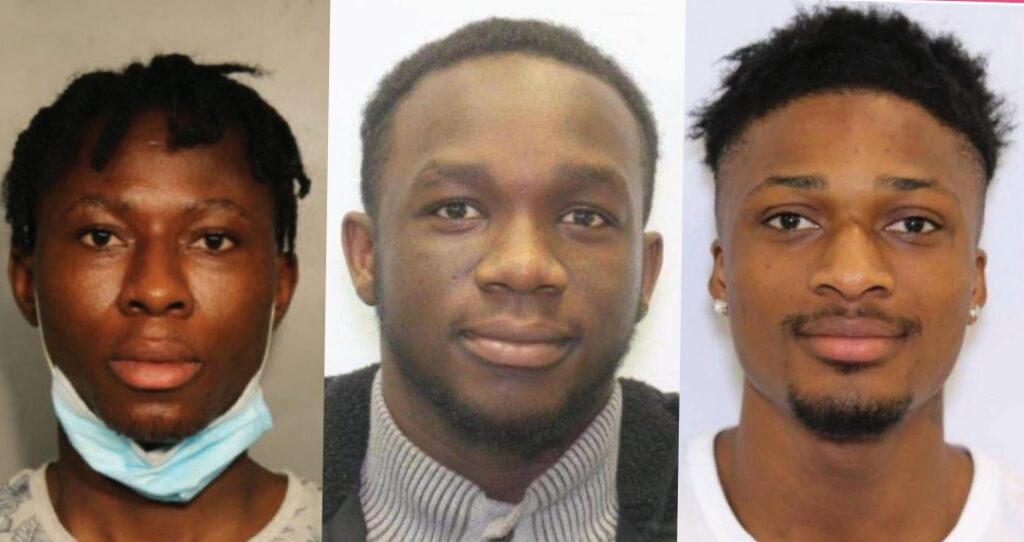 The suspected Internet crooks used an address in Hyattsville, Maryland, to rake in about $1.4 million in unemployment benefits from California, Arizona, Maryland, and North Carolina. At least $1.2 million of the theft was received from California’s Employment Development Department alone, according to court records seen by The Gazette.

They filed about 200 unemployment claims with California’s EDD using a single address on 75th Avenue in Hyattsville, and the department was deceived into approving 97 of the claims, according to a complaint filed by John C. Collins, a special agent with the U.S. Department of Labor. Mr. Collins said the ring was jointly investigated by the FBI, Department of Labor’s Office of Inspector General, and state law enforcement authorities.

“Based on the size of the apartment, the investigation has concluded that a high number of UI applications associated with this address is unreasonable, and thus an indicator of fraudulent activity. “(Bank of America) records show that 142 UI claim profiles using the 75th Avenue apartment address issued a total of 175 prepaid cards from the states of Arizona, California, Maryland, and North Carolina,” Mr. Collins said in the complaint filed in California.

The suspects filed claims that they had lost jobs as an accountant, dance therapist, computer consultant, librarian or other occupations, and used untraceable IP addresses, the complaint said.

Federal authorities said they observed that international scammers and con artists were taking advantage of the high volume of COVID-19 cheques being sent out to cushion the effect of the pandemic amongst Americans.

It was not immediately clear whether or not the suspects had contacted their lawyers. The development marked the latest in an increasing spate of arrests being made by U.S. authorities over fictitious unemployment claims and other fraudulent activities linked to Nigerians.