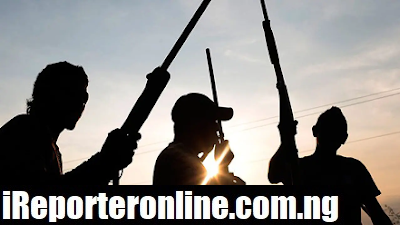 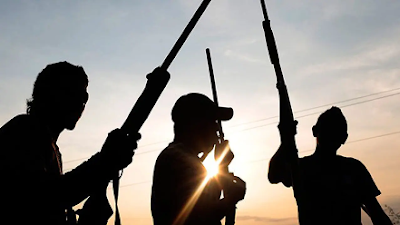 Though, the monarch escaped death, he was said to have sustained gunshot injuries and now being hospitalized in one of the medical facilities in Ekiti State.

A source told journalists in Ado Ekiti on Saturday that the monarch was travelling in his official car to the neighbouring Ayetoro Ekiti, in Ido/Osi local government when the gunmen struck.

“The monarch was travelling in his car to Ayetoro when the bandits waylaid him and in an attempt to escape, they pursued him and rained bullets on his car.

“The bullets hit him on the legs, arms and stomach. The traditional ruler is now receiving treatment in a tertiary hospital in Ekiti”, the source said.

Confirming the incident, the Police Public Relations Officer, Ekiti Command, ASP Sunday Abutu, regretted that the incident happened in spite of the rigorous joint patrol, raiding of black spots and combing of forests by his men to dislodge criminals.

Abutu said the Commissioner of Police, Mr Babatunde Mobayo’s directive that the combined forces of police, Amotekun Corps, Vigilance Groups, Local Hunters, Chiefs, drivers Union, motorcycle riders, farmers and other stakeholders should carry out a joint operation was being diligently observed simultaneously across the 16 local government areas when the gunmen struck.

“The operation was aimed at dislodging and apprehending the miscreants in their hideouts as directed by the Commissioner of Police.

“But some unknown gunmen mischievously defied the operation, came out and attacked the Elewu of Ewu, Oba Adetutu Ajayi while he was on transit between Ewu-Ekiti and Ayetoro-Ekiti at about 1900hrs.”

Abutu added that the CP assured the public that the perpetrators will be brought to book, pledging that the command shall continue to work with relevant security outfits, ministries, stakeholders and organizations to ensure that criminality is wiped out of Ekiti.

The police spokesman stated that the spirit of officers of the command and other supporting agencies and groups still remain high as the operation still continues indefinitely to stamp out bandits in Ekiti.