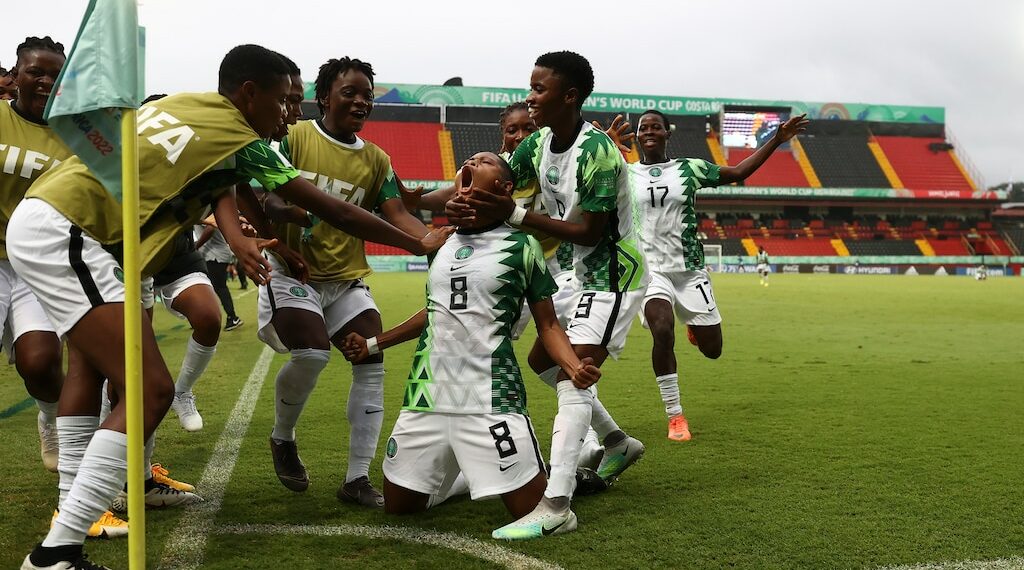 The Nigeria U-20 women ‘s team, the Falconets, will facd the Netherlands in the quarter-final phase of the ongoing FIFA U20 Women’s World Cup taking place in Costa Rica.

Coach Chris Danjuma’s ladies had before now relied on late goals to secure slim 1-0 wins over France and the Korea Republic but the game against Canada was a completely different ball game.

Interestingly, it was the Canadian girls that drew the first blood, albeit from an error in the Falconets’ defence.

But two goals from the penalty spot by Esther Onyenezide and another goal in the second half by Chioma Olise saw the Falconets cruising to their biggest win so far in the ongoing tournament in Costa Rica.

Head Coach Chris Danjuma said before the Canada tie that his girls would seek to win even though they had already booked their place in the last eight.

For him, it was important for the Falconets to sustain their winning mentality following hard-fought victories over France and Korea Republic.

That was exactly what the Falconets did.

The Falconets nonetheless conceded their first goal of the competition in an accidental manner, following goalkeeper Omini Oyono’s poor management of a backpass from Jumoke Alani.

“It was great for us to come back from that setback, and also conceding for first time in the tournament. We showed character and spirit, and that would be huge for us going forward in the competition,” the Falconets coach said after the match.

After falling behind to the early Canada goal, Onyenezide, whose vicious curling shot earned all three points against the Korea Republic, drew the Falconets level from the penalty spot in the 24th minute.

Defender Mia Pante who had handled the ball from a Blessing Okpe shot in the box gifted Nigeria a way back into the game.

Onyenezide was on hand to shoot Nigeria into the lead, also from the spot, in the 32nd minute after Simi Awujo’s dangerous play against Mercy Idoko.

As the Nigeria U20s ended the first half 2-1, nothing suggested the Canadians could mount a fightback in the second half, instead, it was the Falconets that increased their lead.

With Thursday’s outcome, the Falconets now have a quarter-final date with The Netherlands in Alajuela on Monday.