A popular Twitter influencer @Segalink has revealed a bizarre reason why a wife is set to divorce her husband over following him on Twitter.

He took to Twitter to reveal that a wife is set to break up with her husband because of her hatred for him.

According to him, the reason for this is because of his tweets which tend to be sensitive to the man’s spouse.

Reading the screenshot of the conversation posted; the man had warned Segalink to be careful as there are many people who are out to get in his way. The people he referred to are the ones influencing his wife and other women out there and they are online feminists. 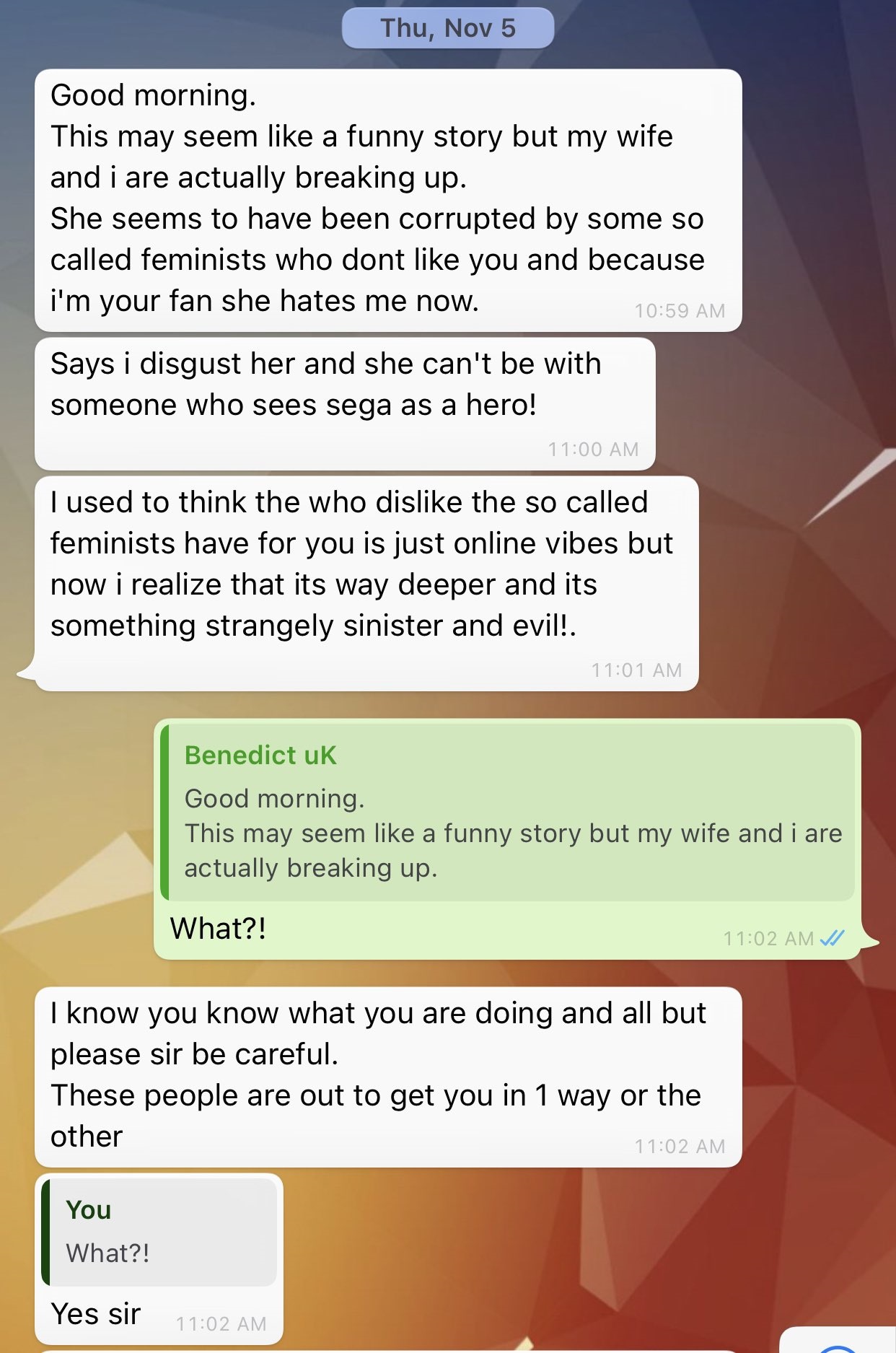 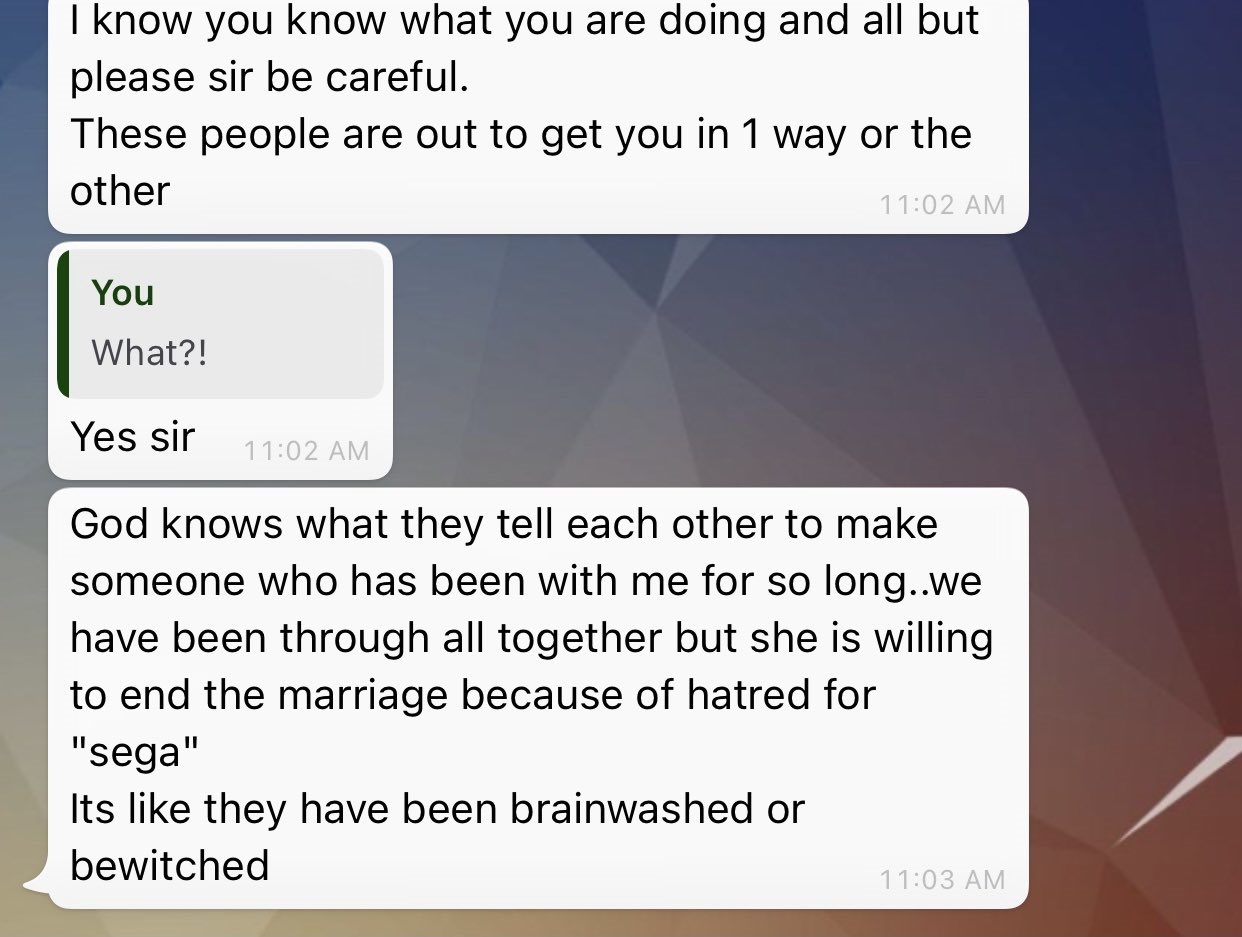 While sharing the screenshot, Segalink promises to put the couple in his prayers so as to sustain their union together.

“I can’t make this up. They will forever remain in my prayers even as I pray that all that they wish upon others happen for them. This is shared with permission. They brainwashed the mob once & won but some of us will never bow to Baal. Bad energy will forever return to Hell.” 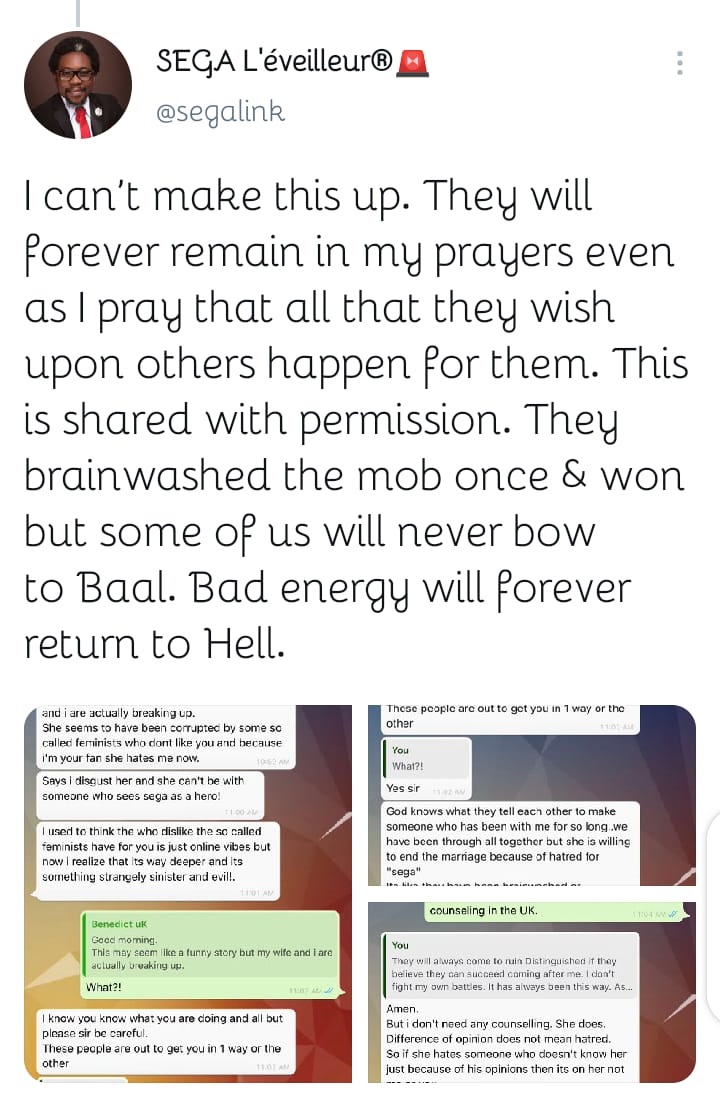