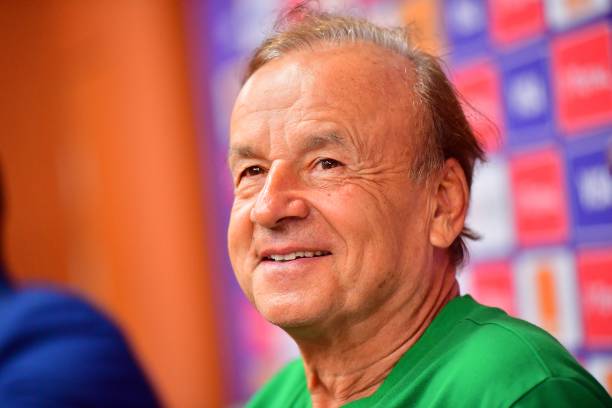 Technical Adviser Gernot Rohr has drawn up a provisional squad list of 31 players for Nigeria’s prestige international friendly game against five-time African champions Cameroon in Austria on Friday, 4th June 2021. The game will take place at the Wiener Neustadt in the Austrian capital, Vienna starting from 8.30 pm Austria time.

Portugal-based Abraham Marcus is called for the first time and Enyimba FC’s energetic forward Anayo Iwuala, whose tenacity and drive has helped the People’s Elephant to the quarter-finals of the CAF Confederation Cup, has the opportunity to fight for a place and continue on his international footprints, following cameo appearances against Benin Republic and Lesotho in AFCON qualifiers in March.

The provisional list of 31 will be whittled down to 23 before the Super Eagles fly to Vienna for the clash with perennial rivals Indomitable Lions.

Cameroon wrestled down the Eagles for three of their five AFCON titles (1984, 1988, 2000) but have not beaten Nigeria in regulation time since a 1-0 triumph in a 1990 FIFA World Cup qualifying match at the Stade Omnisports in Yaounde on 27th August 1989.

The Eagles lashed the Lions 4-0 in a 2018 FIFA World Cup qualifying match in Uyo in September 2017 and were forced to a 1-1 draw in the reverse fixture in Yaounde, setting the stage for Nigeria’s qualification for the finals in Russia.