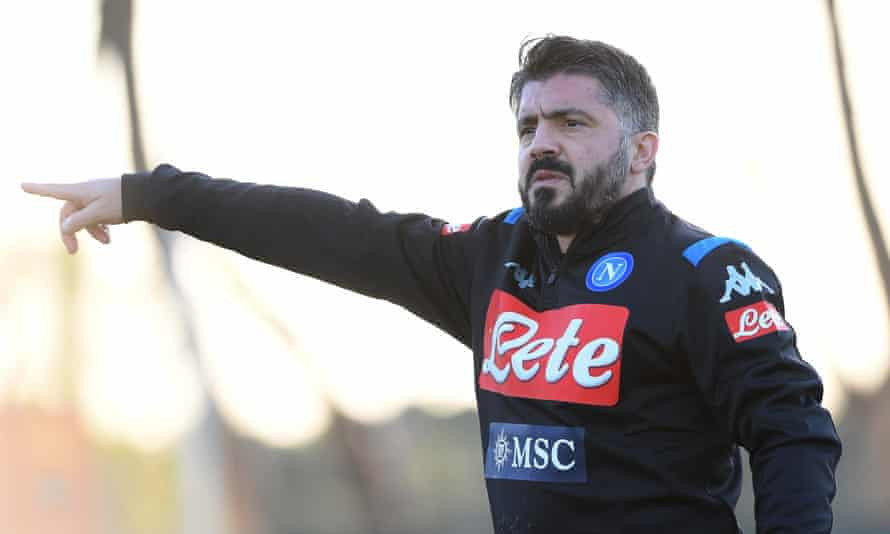 Napoli coach, Gennaro Gattuso has been sacked by the club after they failed to qualify for Champions League following their fifth-place Serie A finish.

Gattuso’s side dropped out of the Champions League places on the final day of the season as they were held to a 1-1 draw at home to mid-table Hellas Verona, while Juventus cruised to a 4-1 victory to leapfrog Napoli in the Serie A table.

The result means Napoli will be playing Europa League football next season.

Napoli chairman Aurelio De Laurentiis confirmed Gattuso’s departure on Twitter, as he posted: “Dear Rino, I am happy to have spent the last two seasons with you.

“Thanking you for the work done, I wish you success wherever you may go.

“I also send a hug to your wife and children. Aurelio De Laurentiis.”

This was then re-tweeted by Napoli’s official account with a simple statement that said: ‘Thank you, boss!’ alongside a picture of Gattuso.

The announcement confirmed long-running media speculation that the former AC Milan manager would depart Naples when his contract expires in June.

Gattuso succeeded Carlo Ancelotti as Napoli coach in December 2019 and led them to Coppa Italia glory in June 2020.