A tragic incident occurred in the wee hours of Thursday, July 22, as a gym instructor was shot dead at Tantra Hills in Ghana. 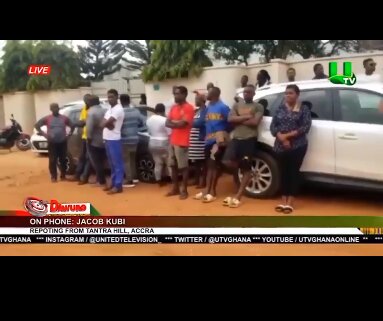 An eyewitness told UTV that the gym instructor is suspected to have been killed because of his alleged affair with another man’s wife. It was alleged that he was shot dead by unknown men who arrived at the house between 2 am to 3 am.

READ ALSO: Obi Cubana And His Wife Took A Well Deserved Vacation In Maldives Islands To Cool Off After His Mum’s Funeral (Photos)

It was further reported that people who know him, were heard whispering that they warned him to stay away from the woman since it could land him in trouble but he failed to listen to them.

True Confession: Why I Became An Armed Robber -Suspect