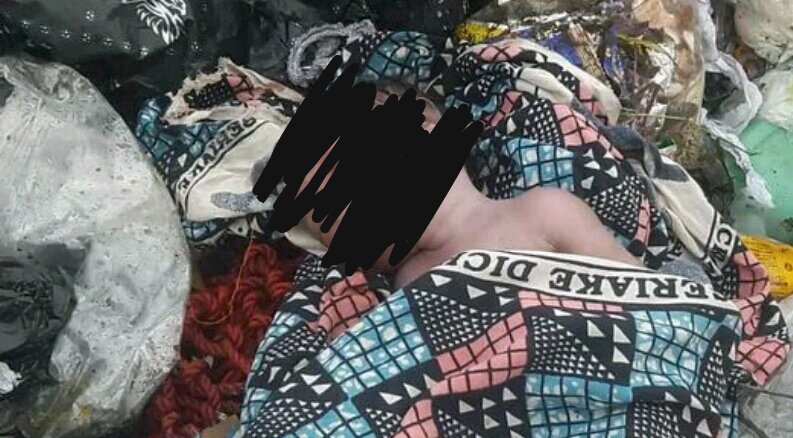 A newborn baby boy has died shortly after he was found abandoned at a dumpsite in Okaka community in Yenagoa Local Government Area of Bayelsa state.

It was gathered that the baby wrapped in Ankara fabric was crying helplessly when it was discovered on Saturday morning, August 28, by some residents who came out to dump their refuse.

According to the residents, the first person that saw the child raised the alarm which attracted a crowd from the neighbourhood, but no help came as the child was already dying from the cold and the rain of the previous night.

They said the child was confirmed dead later, as he stopped crying.

Spokesman of the State Police Command, SP Asinim Butswat, who confirmed the incident, said the Divisional Police Officer in charge of the area visited the scene and contacted the sanitation authority to evacuate the baby’s body.

Men of the Bayelsa State Environmental Sanitation Authority (BESA), visited the scene of the incident and condemned such an act.

The Director of Waste Management, BESA, Comrade Ebitto Alazigha, who led the monitoring team, enjoined residents to always monitor their neighbours on what they take to dump sites.

He said that the authority would put measures in place to check such menace in the future.

On her part, chairperson of the Bayelsa State Gender Response Team (GRT) and founder, Do-Foundation, Barr. Dise Ogbise,  blamed the ugly development on poverty and promiscuity amongst young girls, urging young women who have difficulties in taking care of their babies to contact her office rather than taking innocent lives.

Describing the act as illegal, she warned that if the perpetrators are caught, they would be arrested for murder, prosecuted and jailed. 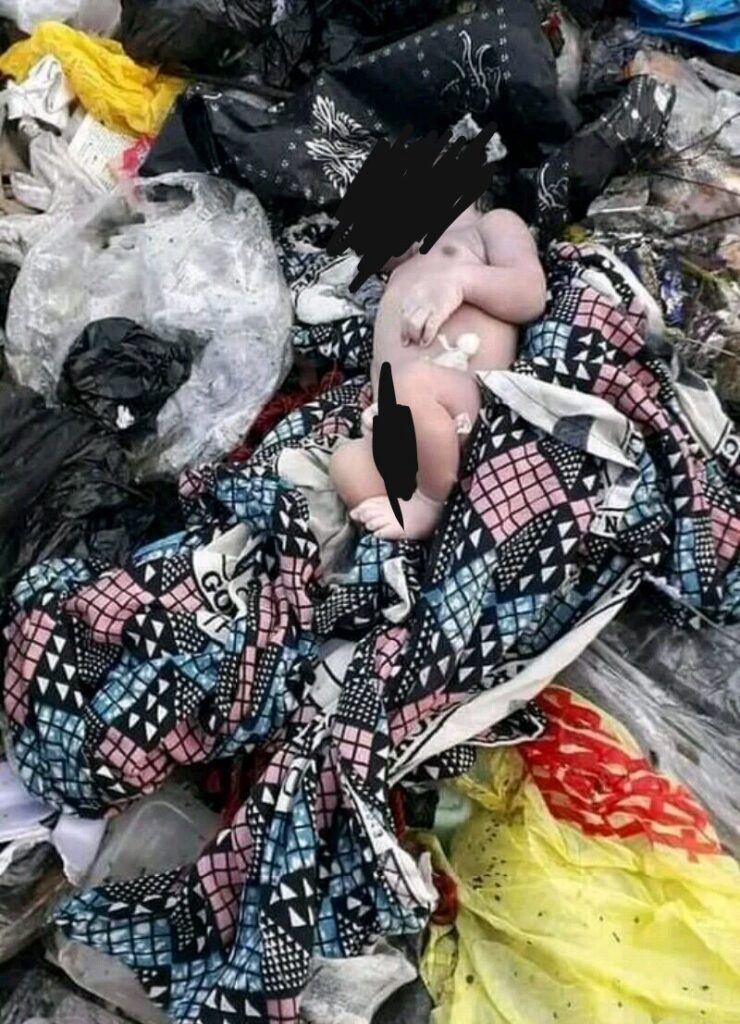 Exposed: Factory, Where ‘Expired’ Rice Is Repackaged And Sold, Discovered In Benue [Video]