A Michigan home inspector has been arrested after he was filmed “pleasuring himself” with an Elmo doll in a client’s home, police say.

The alleged incident occurred on March 12, when a couple who were selling their Oxford Township home agreed to an inspection, allowing VanLuven and the potential buyer’s real estate agent in.

After leaving the house to allow the inspection to take place, a camera set up in the nursery alerted the 22-year-old female homeowner to movement in the nursery.

Watching the footage, she allegedly saw VanLuven touching himself, and immediately began recording him. 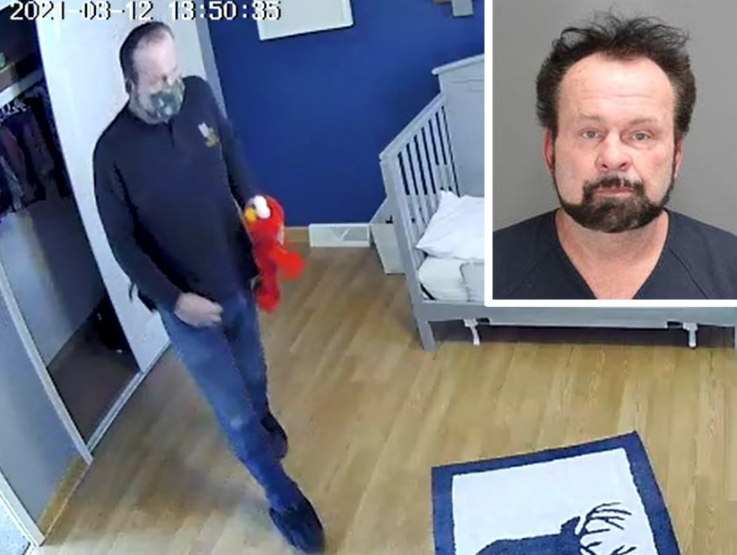 According to Oakland County Sheriff’s Office, he then picked up an Elmo doll from the nursery and “appeared to be pleasuring himself with the doll”; He then returned the doll to its original location.

Police were called to the home. During questioning, VanLuven insisted he had just moved the doll to inspect an electrical outlet, and did nothing else.

However, when he was told there was a camera in the nursery, he allegedly “made incriminating statements and apologized.”

Sheriff Michael Bouchard said: “Just when I think I have seen it all, someone steps up and surprises me with a new level of disturbing actions.

“Sadly, in today’s world, we cannot take it on faith that the people we let into our homes can be trusted.

“We cannot always presume that employers have done their job and have confidence their employees are trustworthy and are there to do the job for which they’ve been hired. This is a disgusting reminder to be cautious about who you let into your home. The actions of these homeowners will likely prevent this defendant from going into anyone else’s home.”

Vancouver was released on a $2,500 bond. As a condition of bond, he is not allowed to be alone in any residential property he does not own, is to have no contact with the victims, and must undergo a mental health evaluation.

He is set to appear in court on April 19. If convicted of aggravated indecent exposure he could face a maximum of two years in prison and a $2,000 fine; the property charge carries up to a 93-day jail sentence and $500 fine.

Chimamanda Ngozi Adichieite Trends On Twitter As Old Video Of Her Saying “Please, Do Not Use Feminism To Justify Your Wickedness” Surfaces