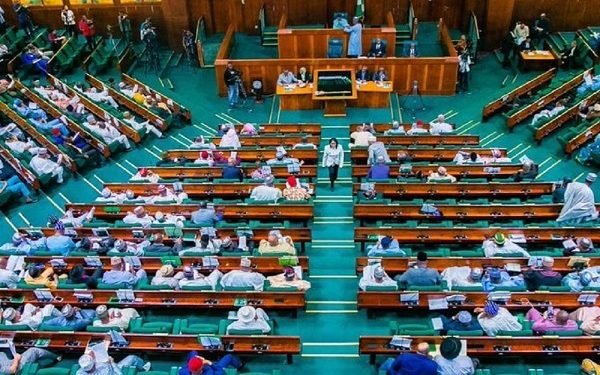 The House of Representatives Committees on Petroleum Resources (Upstream), which is investigating the circumstances surrounding the revocation and award of oil mining leases (OML), has given the Nigerian National Petroleum Corporation (NNPC), Addax Petroleum Company Limited and Santex Nigeria Limited two-week ultimatum to appear before it and explain alleged irregularities in the corporations.

The Chairman of the committee, Hon. Sarki Ada, issued the ultimatum at the commencement of the hearing, following the refusal of NNPC and others to honour invitations or reply letters.

The lawmaker said the committee had asked for relevant documents to investigate the activities of the NNPC, and that the corporation had refused to oblige the committee.

He explained that three letters were written to them at an interval of three months each requesting for their budget, budget performance and list of asset they are holding and managing on behalf of Nigerians.

Ada added that the lawmakers would not hesitate to invite President Muhammadu Buhari to appear before it as the Minister of Petroleum, if the corporations shun their summons again.

“Unless if they want us to invite President Buhari to appear before us as the minister of petroleum, they should appear before the committee, as we will not hesitate to invite Buhari as a minister. He appointed himself the minister, and was approved by the parliament. We will invite him, and I know as the law-abiding president, he will come. When he comes, Nigeria should know that it is because of the failure of the NNPC to appear that made him to appear before us.

‘’We asked for a list of their liabilities; what are the contracts they are executing, who are the contractors, who are the companies and what is the progress made so far. We have asked for details of how much they generate from the sales of crude oil; how much do they manage on behalf of Nigeria through other joint ventures, and until today, there is no responds. Time has come that we must speak out, this country belongs to all of us, and we are here as statutory Nigerians.”

On his part, the Minister of State for Petroleum, Mr. Timipre Sylva, alleged that he wrote a memo to the president regarding the issue, and it was initially approved, however, NNPC wrote another memo against his.

Speaking on the issue, the minister said no law was breached as far as the Addax affair is concerned.

Making reference to the Petroleum Act, which states that the minister has the power to revoke any oil prospecting licence or oil mining lease if the licensee becomes control directly or indirectly by a citizen, the Sylva said NNPC is not in a position to ask for the revocation of any licence.

He said: “The matter of Addax was not commenced by me; everybody knows that this asset has not been sub-optimally managed from the beginning of the acquisition to this moment, and it has not been optimally operated. When Santex acquired this asset from Addax, the production was 130,000 barrel a day, as at today, we struggle to produce 25,000 barrel a day because they are no new investments and the asset has progressively decline.”

Tension As Okada Riders Clash With Police In Lagos