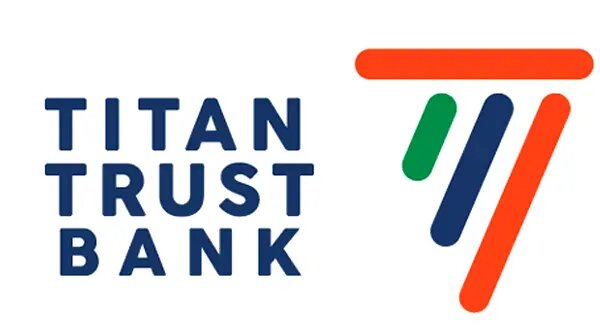 Titan Trust Bank Limited will buy 89.39 per cent in Union Bank of Nigeria Plc, both banks announced on Thursday.

This was made known In a joint statement released in Lagos, Titan and Union said they had informed the Nigeria Exchange Limited (NGX) and the Securities and Exchange Commission that Union Bank’s core investors, Union Global Partners Limited, Atlas Mara Limited and other shareholders have reached an agreement with Titan Trust Bank Limited (TTB) to divest their shareholding in Union Bank to TTB.

“The agreement, which is subject to regulatory approvals and other financial conditions, will upon completion transfer 89.39% of Union Bank’s issued share capital to TTB,” the banks said in the statement.

The deal suggests a merely 2 years old bank (Titan, which commenced operations in October 2019) will be acquiring a 104-year-old bank.

When the deal is consummated, it will be one of the most remarkable acquisitions in the Nigerian Banking space after STB acquired UBA in the landmark 2005 deal.

The announcement of the deal also confirms rumours that have made the rounds across the financial sector of a potential sale of Union Bank to a local bank. There have been several reports of a potential acquisition of the bank by Zenith, Access and even Moroccan bank, Attijariwafa.

Commenting on the transaction, Union Bank’s chairman, Mrs. Beatrice Hamza Bassey said: “On behalf of the Board, we congratulate all the parties involved in reaching this phase of the transaction and the Board looks forward to supporting the next steps to ensure seamless completion of the process following regulatory approvals.

On his part, the Chairman of Titan Trust Bank, Mr. Tunde Lemo, said:

“The Board of Titan Trust Bank and our key stakeholders are delighted as this transaction marks a key step for Titan Trust in its strategic growth journey and propel the institution to the next level in the Nigerian banking sector.”

Titan is owned by Indians I suspect.  There are 3 significant institutional investors in Titan Trust with a total of 95.55%, according to the 2020 audited account.

Checks on the 2020 financials of Titan bank indicates that the Chairman, Lemo is just a nominal shareholder.

The bank is led by CEO Mudassir Amray, a former Citibank executive, and Titan Trust counts Citibank as a correspondent bank.

Titan Trust made money in 2019 despite being open for only 81 working days, and has remained profitable since.

Union Bank currently has a market valuation of N147 billion trading at a price-to-earnings ratio of 5.69x.

The bank has a net asset of N264 billion and a total asset of N2.56 trillion. The share price gained 10% yesterday  as investors who got wind of the deal loaded up the stock.

Whilst no purchase consideration was mentioned, experts estimates the acquisition will cost Titan Bank between N6 and N8 per share or close to N200 billion.

The experts noted that deals like this attract a “control premium” in the region of 40-70% on existing share price, depending on who is more desperate to their buy or sell.

What is in it for Titan Bank

From the comments of the major players in Titan Bank, this deal provides them a unique opportunity to grow market share and compete with the likes of first bank, United Bank for Africa, Guarantee Trust, Access and Zenith (FUGAZ).

Union Bank is currently a Tier 2 bank and right behind Stanbic IBTC which has a total asset of N2.7 trillion.

GTB has a total asset of N5.1 trillion, the smallest of tier 1 banks. Others have between 8-10 trillion naira in total assets. Union Bank also has the branch network, technology and brand recognition that can quickly fast track Titan Bank into the mainstream of Nigerian Bank.