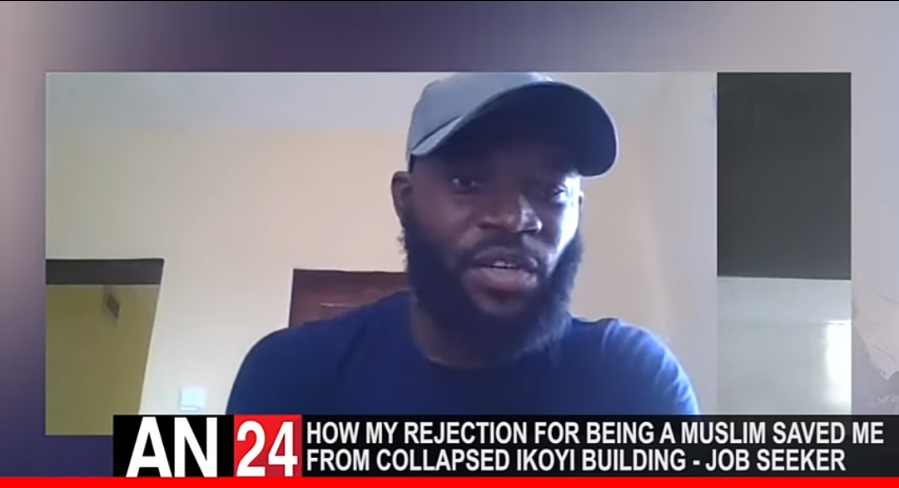 A young man by the name of Adebowale Sikiru has narrated how he was rejected by the owner of the collapsed Ikoyi building. He explained that he was rejected simply because of his religion. The rejection according to him took place just minutes before the collapse.