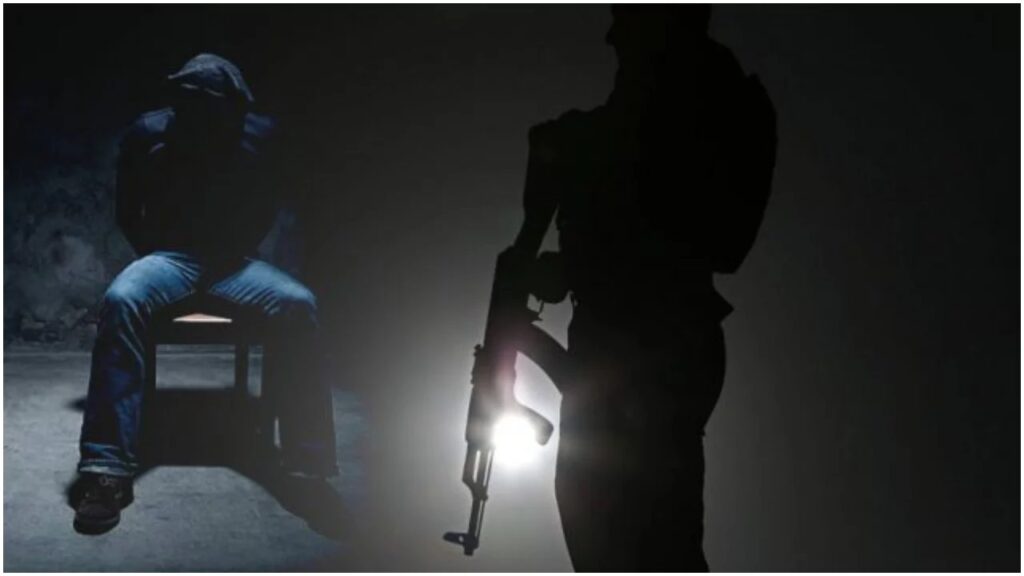 36-year-old Cyril Isong, a graduate of Information Technology at the Federal University of Minna, Niger State chose to go into kidnapping for two reasons:  to sustain his family’s standard of living and out of personal vendetta .

One of his victims was a  member of the House of Representatives whom he accused of enticing his wife with money when it became apparent he could no longer fend for his family.

The suspect was arrested by operatives of the  Force Intelligence Response Team, IRT  led by its Commander, DCP Tunji Disu, in Akwa-Ibom state,  one year after the abduction of the House of Representative member.

Information at Crime Guard’s disposal revealed that cash of two thousand dollars and N65,000, found in the legislator’s car and pocket were collected,  with other valuables, before he was released.

Immediately after his release, the House of Reps member petitioned the  Inspector-General of Police, IGP Alkali  Usman Baba,  explaining that he received a call on August 4, 2020, where the caller identified himself simply as  Sani and claimed he was a former member of the National Assembly between 2003 and 2005.

He stated that  the caller(Sani)  claimed he had some health challenges and was advised to contact the lawmaker who was working directly with the Speaker of the House of Representatives and  in charge of  the affairs of former members of the house.

The lawmaker said that he directed the caller to his house in Abuja but that the latter said he could not move about because of the illness .  Rather, the caller  gave the legislator an address of an apartment in Asokoro, begging him to come see him there.

On  reaching the apartment, the legislator said he met two boys who introduced themselves as brothers to Sani, but that  as he walked into the apartment, he was attacked, blind folded and tied up.

After dispossessing him of cash and other valuables,   he said they  demanded a number to call for ransom but that he begged  them to let him go.

After Isong’s arrest on August 31, 2021, operatives discovered, during interrogation, that his gang had been using  short service apartments  in  Asokoro as a hostage bay for some time.   Among the victims were   Isong’s mistress and  his sister in-law.

During interrogation, Isong, however, revealed that he posed as a lady to get the legislator, an action he claimed to be a personal vendetta.

He   said, “ I  got married in 2017.   The experience between 2017 and 2019 was awesome.  I travelled all over the world with my beautiful wife, for business and pleasure. All was going on well until Covid-19 disrupted everything.  We lost  a lot of goods as a businessman  and  at one point, I was indebted.

All of a sudden I  noticed that my wife started locking her phones . Being a computer guru, I was able to tap into her line and started reading her discussion with different  men.  Reading text messages of how she begged  men for money got me angry.  The honourable was one of them.

One day, he ( legislator)  visited our house pretending to be a family friend, unknown to him  that I had read  his chats with my wife.  That was when I made up my mind to deal with him. I played along and collected his number.

“ His visit led to the break-up of my marriage because when I confronted my wife, she got angry and packed out of the house.

“ When my wife left, I bought a new line and contacted the honourable, pretending to be a woman.  I contacted some cultists that I knew in school to help me  arrange a  beautiful  girl who had a video call with the honourable. He fell into the  trap.

“ I told honourable that I hated sleeping in the hotel with a man that is not my husband. I invited him to a short-let apartment  in an estate in Asokoro, where I paid  N80,000 per night.

“On the agreed date, he came and we tied him up. I did not speak throughout so that he wouldn’t recognize my voice. We searched him and took all the valuables and cash found on him. He refused to call his family for more money. Rather,he requested our account number.  But I knew that would implicate us. So, we untied him and allowed him to go. We did not beat him. It was at the police station that I learnt the  boys that I hired  took some dollars from his car”, he said.

His mistress, identified simply as Tania, was also a victim.  He explained that “ Tania had a restaurant.  We started dating after my wife left me.  She later closed down her restaurant and I helped her to sell the items .  I collected  N300,000 out of what was realized  from the sales, with a promise to pay back.  She kept bothering me to pay  but  I knew that I would  not pay because I was indebted. She is very rich and still refused to let go. So,  I decided to handle her matter the same way as   honourable.

“I used another number and introduced myself as  educational tourism agent because  she wanted her daughter to study abroad. We lured her to an apartment and collected only  N80,000 cash found with her and let her  go”

“The third person was my sister-in-law. I always knew that one day, I would  teach her a lesson because she was  against my marriage with her sister.  In fact , she was the one that  helped my wife to pack her properties out of my house.

“ My sister-in-law  is into crypto currency. I used another number to call her, pretending to be a successful business man. I told her to come to my apartment at Asokoro and that I wanted to invest in her business. She arrived and I tied her up. We saw so much money in her dollar account but  it was difficult to make withdrawals.  We just took  N500,000 cash that was found  on her and disappeared.

“I travelled back to Akwa Ibom since I could no longer afford to pay house rent in Abuja. I felt bad because I knew the trauma that my victims faced.

“While  in Akwa Ibom, my uncle, based in the US , sent me to learn software engineering. I graduated and opened a website where I trained people. It was when I entered the bank to open an account that the police arrested me. If I was not caught, I would be able to make at least N200,000 a day and pay back somehow since all my victims are  known to me”, Isong stated.