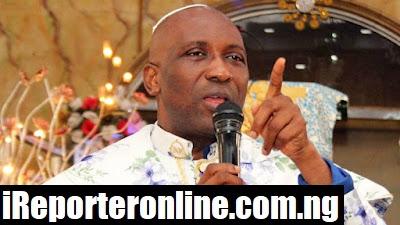 In his new series of 2022 prophecies, Primate Ayodele warned Uzodinma against bidding for a second term as governor.

Warning Uzodinma against wasting his money to the campaign, the cleric said there will be a coalition that will fight and conquer Uzodinma in his bid to rule Imo State again.

In a statement signed by his Media Aide, Osho Oluwatosin, the prophet said there will still be troubles in the state.

He said God was not involved in his declaration as the governor of the State, adding that the prophecy that ushered him in was just a political game and not from the heavenly throne, describing Governor Uzodinma as a ‘Saul’ in the State.

He said: ‘’In 2023, Governor Hope Uzodinma should not waste money for election, he will fail totally. I see a coalition coming together to fight against him. I don’t see peace in the state. I see bloodbath, killings, threat of lives in Imo state.

‘’The prophecy that ushered in Hope Uzodinma was a game plan, God has no hands in his emergence as governor, it was just a political game. The cause of the destruction in Imo state is the circumstances that led to the emergence of Hope Uzodinma. He is a ‘Saul’ in the land and that’s why he is not enjoying the seat.”

2023: It’ll be very difficult for God to forgive PDP if we fail to listen to Nigerians — Wike