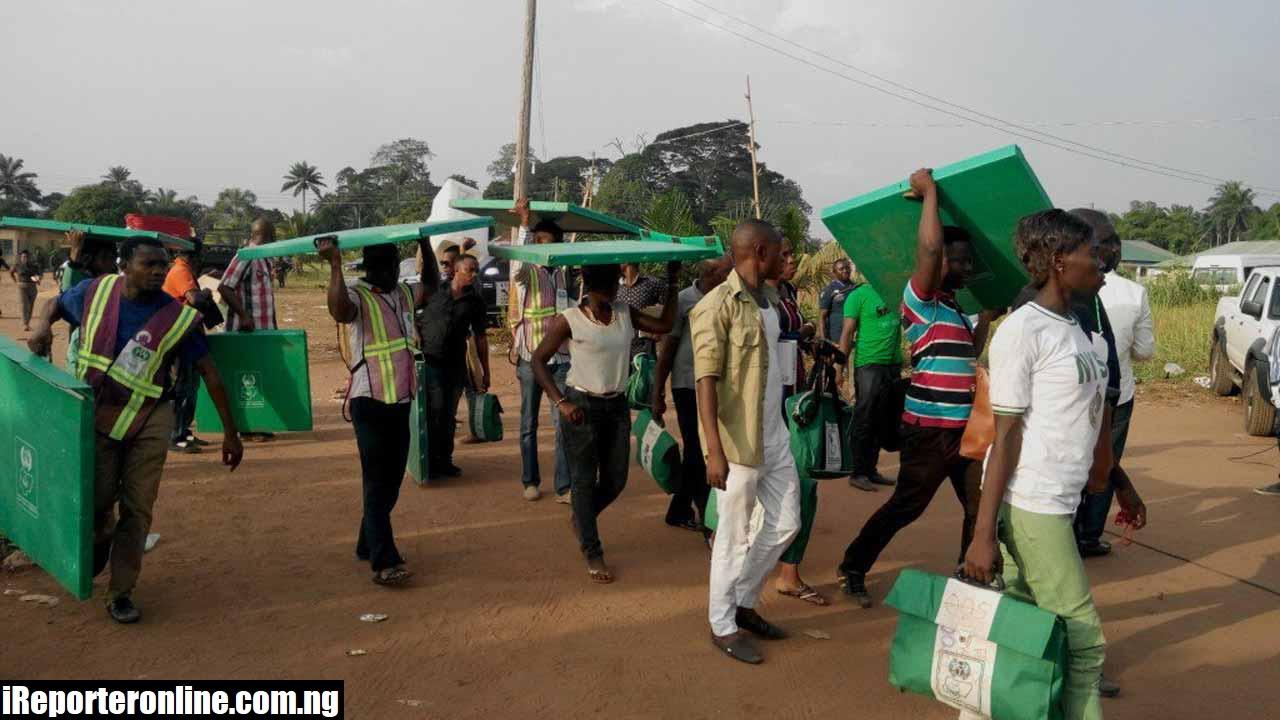 At least four people have been shot dead as violence marred Saturday’s by-election in Ekiti East Constituency 1 of Ekiti State.

The Independent National Electoral Commission (INEC) organized the by-election to fill the void created by the death of a member of the State House of Assembly from the constituency, Juwa Adegbuyi.

However, the violence has forced the commission to suspend the exercise.

The statement read: “In PU 07, ward 03, three voters were shot dead while a youth corps member, a policewoman and an INEC staff sustained gunshot wounds.

“It is unfortunate that despite the effort of the commission in giving Nigerians free, fair, credible and inclusive elections some people appear to be unprepared for an improved electoral process.

“The situation is such that a conducive environment no longer exists for further electoral activities at the PUs and the collation centres.

“In view of this development, the commission has suspended the election forthwith.”

The police officer reportedly died a few minutes later at the Omuo-Ekiti General Hospital where the victims were rushed for treatment.

Nigeria Will Scatter If Ortom Is Assassinated —WikeTalks Tough

2023:Why I May Support PDP Zoning The Presidential Ticket To The North-Wike