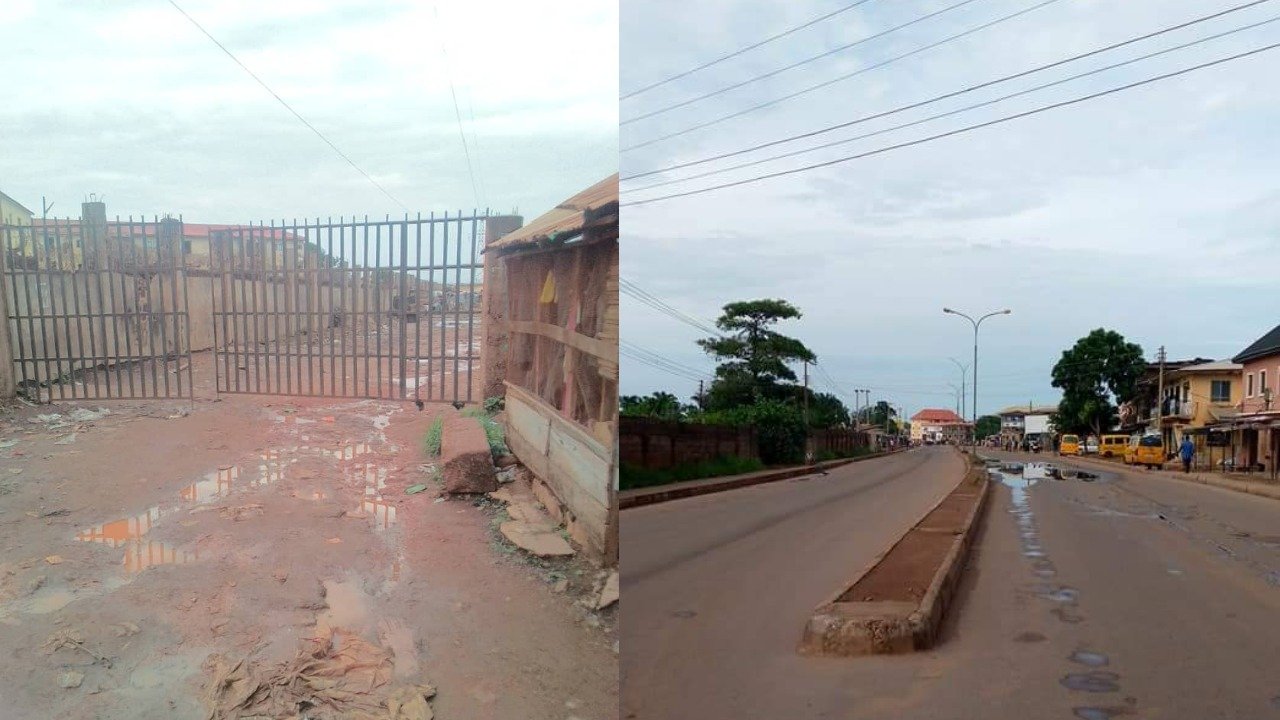 The sit-at-home order by the Indigenous People of Biafra (IPOB) registered total compliance in Enugu State on Monday.

DAILY POST reports that, unlike previous years when the sit-at-home witnessed minimal compliance, the Coal City State is in total lockdown.

From markets, street shops, malls, motor parks, banks, schools, the report is the same as they are all under lock and keys.

The Enugu State Police Command had at the weekend asked residents to ignore the order and go about their normal businesses.

However, residents complied with the IPOB order and stayed away, with all roads totally deserted.

All the markets in the State, including the Ogige Market, the Garki Market, Ogige Market in Nsukka, among others are under lock.

It is the same with all the busy roads in the State, including Holy Ghost, New Haven, Abakpa Road, New Haven Road, Agbani Road, Obiagu Road, among others.

Tension started building up in the State on Sunday with the killing of a retired judge in the State from Mbu, in Isi-Uzo Local Government Area.

The former judge, Justice Stanley Nnaji, was shot dead within the Ebeano Tunnel Area by yet to be identified gunmen.

His death worsened the already heightened tension in the State.

As of the time of filing this report, while most residents are indoors, few of them, especially the youths, were spotted at drinking joints discussing the state of the nation.

Reports from across the State show that it has been peaceful, with security agencies patrolling major roads.

However, a police post was reportedly burnt Sunday night at Unadu, in Igbo-Eze South Local Government Area of the State.

A highly placed source from the community said some unidentified young men rode on several motorcycles, forced traders to close their shops, before heading to the police station and setting it ablaze.

JUST IN: FCT Police Reacts To Shooting At Sowore