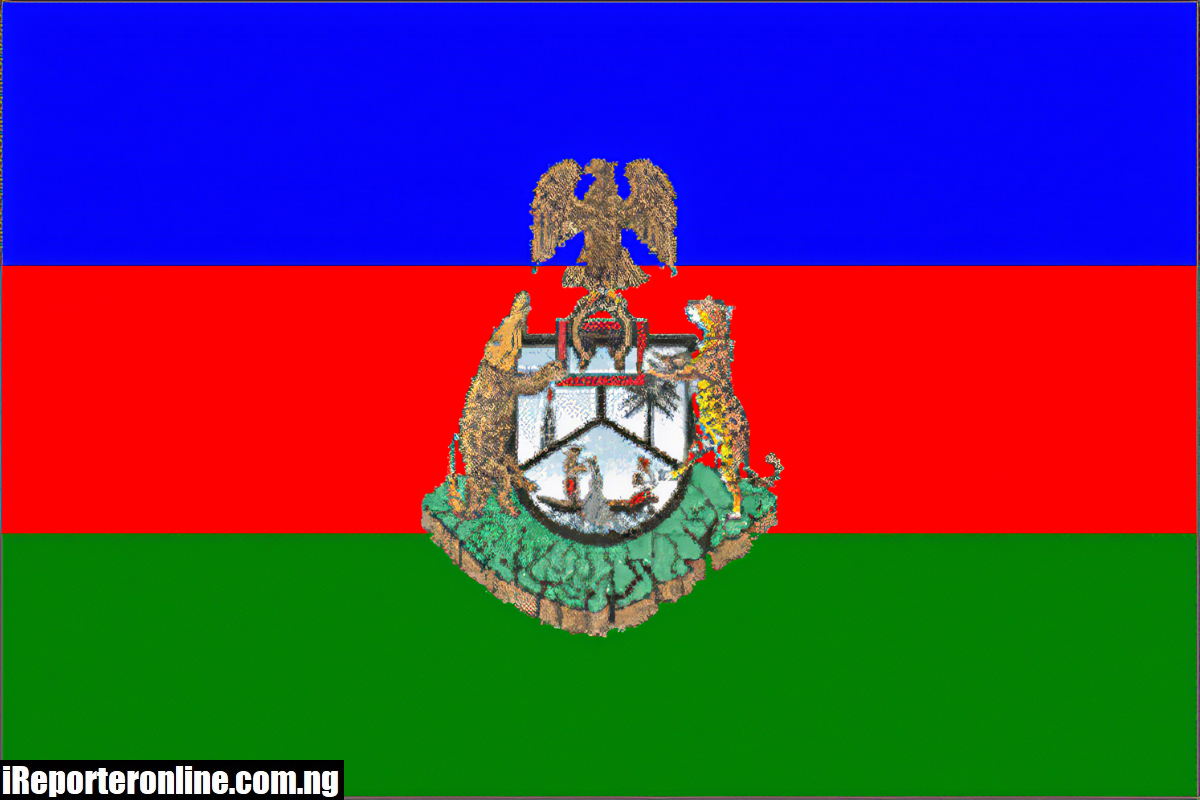 Compatriot of the Ijaw Nation I welcome you all to this New year of great opportunities. It is my pleasure to say this year is reassuring for us all to support our collective struggle for resource control and environmental justice.

Together we must give a sense of direction to what the Ijaw Nation represent.
The eight NEC of the Ijaw Youth Council Worldwide shall consolidate on our drive for a better Youth enhancement programme. 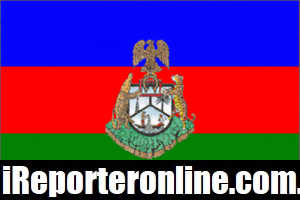 My fellow patriot as President of IYC we shall:
1. Pursue a distinctive and serial youth empowerment programme that will meaningfully enrich our purpose-driven youths. We will engage our youths with several programs poised at promoting hard work and excellence through mind orientation and capacity building.

2. Engage and mount consistent pressures on the government to make the REPORT PUBLIC without any political attachments, to inaugurate the NDDC board by any means necessary and build confidence in the IOCs that have released so much funds without stakeholders balance sheet engagement on the part of the NDDC. Intelligence reveals that the audit report is used for political negotiations as per 2023 under the very watch of Mr. Integrity wherein they will ask some indicted politicians to decide whether to go to jail or step down from contesting.
The Uyo Hostel commissioning brought to public glare the careless wickedness of president Buhari’s appointees whose actions mean to expose the president’s health challenge following the reckless display of impunity and witchcraft speech credited to Mr president on the NDDC. Mr President was pictured in the speech as a man without Health balance to handle issues hence, the address may have been written in conspiracy to achieve delay tactics in Board inauguration of the NDDC simply to raise funds as usual for 2023 elections which has completely buried the only asset that took Buhari to the seat of power which is Mr. Integrity ( his selling point ). They have already started sponsored praise publications in the name of Niger Delta Youth unidentified organisations just to find public synergy with their speech and this further shows that truly, Buhari does not know what they are doing and lacks control over them.
Something is certainly wrong somewhere as to who runs the country as president. The normal Buhari that the common Nigerian knows would have inaugurated the NDDC board at least as a new year gift to the Niger Delta people who gave him the good will of regional peace like no other. Akwa’s illegal Sole Administratorship secret extension expired 31st December, 2021 yet again there’s no sign of actions from the cabal “Presidency” with penchant for disrespect to the region. How did Rotimi Amaechi of all loud voice and boldness to the extent of bringing Buhari as President suddenly became toothless? The Amaechi that I know? You will all be called out to explain to this region.

3.We shall as a matter of urgency inaugurate environmental specialists to assess the damage on our environment and come up with strategic blueprint that will inform our environmental advocacy ahead of the UN Assembly 2022.
We shall address the UN congress on the abandoned Niger Delta wetland which is the third largest in the world citing Bayelsa as a case study. We shall keep advocating and engaging other means to drive our wetland conservation in the Niger Delta until we receive the 5 billion dollars grant meant for the Niger Delta people which President Buhari is avoiding following his ethnic interest on the Lake Chad.

4. On the issues bordering on climate change we shall begin to take deliberate legal actions both locally and internationally on oil multinationals operating in our region for their merciless and wicked ways of oil exploration and continuous gas flaring. We are more conscious that the Nigerian Law is a gang up against this region. Expecially with the land use Act which brought the Niger Delta to her knees in resource ownership while the ashes from gas flaring ( sooth ) fills our bowls and takes our lives. We shall expose all Niger Deltans involved in this ground conspiracy and tackle our enemies through the law

5. We shall work with every other Ethnic youth Apex bodies within the region for synergy to drive our regional pursuit to the landmark. Likewise our national Assembly members,state Assembly members, Governors, business class, government appointees at various levels, living founding Fathers to create a roundtable that will harness our best potentials for a Regional Agenda as well as the unforseen. With the recurrent security downturn at various region in the Nigerian state, we shall drive for a regional security architecture for direct involvement in securing the Niger Delta environment against invaders and other forms of criminality. The BRACED commission must necessarily involve the Niger Delta Youth Leadership for a practical recruitment of the security men and move to the training level as an immediate action before tenure end for some of our governors.
In this new year we shall vigorously question all anti Niger Delta bill that has only sort to keep us in perpetual slavery through a must harmonised thoughts and become more formidable.

6. As the conscience of Nigeria’s economy, we shall take drastic but united steps to advocate freedom from our collective challenge of marginalization, constant degradation of our environment, prevalent oppressions, blackmailing and undue suffering of the Niger Delta.

7. The New Year has come with a lot of political steer, we must stay true and committed to the furtherance of a bright future for every Ijaw youth and the Niger Delta at large .

8. NIMASA: It’s no longer news that this government is deliberately ignoring the Niger Delta Region with anything hazard to the environment. Our water way is littered with wrecked sea going vessels causing several deaths while the Agency is awarding wreckage cleaning contract running into over 200 billion dollars all for 2023 elections in the very eyes of the most world respected Anti corruption crusader known and addressed as Mr. Integrity(President Buhari) Is Buhari still Nigeria’s President? The most respected and dreaded President has become the most disrespected President especially by his own Party men.

9.The east west road which has perpetually become a monumental site for siphoning monies still calls for urgent completion especially the Bayelsa and Eleme Road axis despite the 20billion and 7billion naira released to Niger Delta Ministry. We will not stop advocating for the completion of the dead trap targeted at killing commuters. We shall demand for explanations why with the billions of naira spent already the road is not still completed. The rein of using projects to amass wealth in preparation for 2023 elections will reach its water loo this year. The Ogoni, Akwa Ibom, Opobo/Nkoro and Andoni people have died in their numbers without any concerns expressed by the current administration. The IYC has in conjunction with other Ethnic groups resolved to stand for the region for infrastructural development.
Edo State is practically abandoned by Federal government in infrastructure as if they don’t exist.

10. As we plunge into this political season, I urge all Ijaw politicians in Delta and Rivers states aspiring to be governors to do a thorough grassroot mobilization and reach-out as politics has gone beyond ethnic divide. Do your home work and avoid the pull him down syndrome. Council equally advises that you begin Consultations all round and avoid the last minute adoption politics. Ijaws are very desirous to produce the next governors of Rivers and Delta for which Delta Ijaws are consulting already hence, we call on Rivers Ijaws to begin.

PIA:
11.On the Issue of the PIA we shall as council monitor its implementation to the latter, we shall demand from every relevant agency the statistical implementation data. We shall ensure the PIA is not another political strategy to steal and starch billions of naira to run the 2023 elections. Our LGAs and communities are also advised to be proactive and united in the setting up of the management team with the IOCs. The IOCs should immediately begin awareness and sensitization campaigns across their communities to bring every stakeholder to the same page.

Council will remain grateful to the government of Bayelsa for her commitment to Ijaw Nation especially in standing as the only Ijaw State despite the challenges. We are Thankful for the stance of our regional governors who signed the law against open grazing that has saved our communities from the incessant killings and war drum beats by the Fulani herdsmen.

All Council members Worldwide are highly appreciated for their commitments throughout 2021 while asking everyone to remain steadfast in this 2022. As president of council I urge all ijaw communities and youth all to remain calm and peaceful this new year for peace is golden.

Finally, as 8th President of IYC my new year commitment shall be to provide more opportunity for our teaming youths in the region .
Together we make the Ijaw and Niger Delta greater and proud .