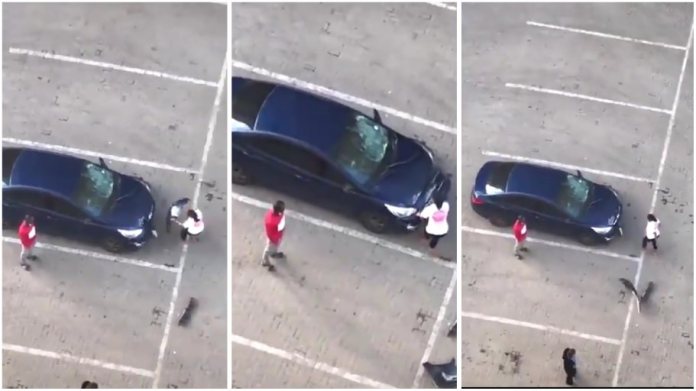 Jilted wife caused a scene after she discovered that her husband is having extra-marital affairs with other women.

Hell hath no fury like a woman scorned! And woman has proved it by destroying her husband’s car with her bare hands.

A video of a woman smashing her spouse’ car for an alleged affair has already become a hit on the Internet.

According to local media reports, the unnamed woman flew into a rage after spotting her husband in a company of a young mistress .

Instead of just walking out of the troubled marriage like a lady or solving the issue with her husband like a grown-up, she decided to reiterate and her actions have left Netizens in shock.

She pulled out the bumper while yelling like a madwoman as neighbours’ watched the daylight drama from a distance.

Man Shoots Wife Dead After He Found Her In A Car With Another Man, Attempts Suicide (Video)