The whole of the Federal Medical Center, Abeokuta, the Ogun State capital erupted in wild jubilation, Friday, as President Muhammadu Buhari reappointed Professor Adewale Musa-Olomu as the Medical Director of the Centre for a final term of four years. 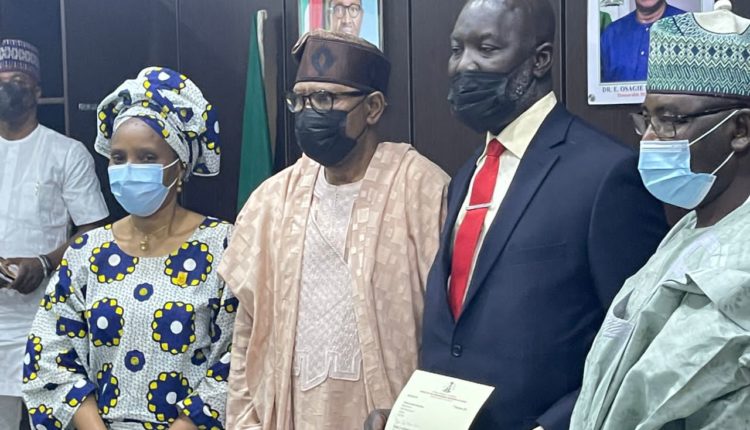 Although the hint of the reappointment of Musa-Olomu who stepped aside about three months ago after completing his first term in office spread within the center on Thursday but with a bit of uncertainty following the intrigues from within and outside the center.

But the Center erupted in jubilation following the swearing in of the Medical Director by the Minister of State for Health, Olorunnimbe Mamora at the Federal Ministry of Health, Abuja.

Unions within the Center under the aegis of Joint Health Sector Unions, with the big banner, danced through the streets of the Center, celebrating the reappointment.

The development followed approval from President Buhari through the office of the Secretary to the Government of the Federation, Boss Mustapha, via a letter dated 18th August 2021.

According to the letter, a copy of which was obtained by the source, the appointment takes effect from June 1, 2020.

Speaking at a short event monitored by Independent via Zoom, the Minister congratulated Prof Musa-Olomu and charged him to redouble his efforts towards the provision of qualitative health care services in the Centre.

Responding, a highly elated Medical Director thanked President Muhammadu Buhari, the Hon. Ministers of Health for the confidence reposed in him

He pledged his determination to fast track the holistic development of the hospital.