The Indigenous People of Biafra (IPOB) says elder statesman and Ijaw leader, Chief Edwin Clark, is “a spent force” who is unqualified to speak for Niger Deltans. 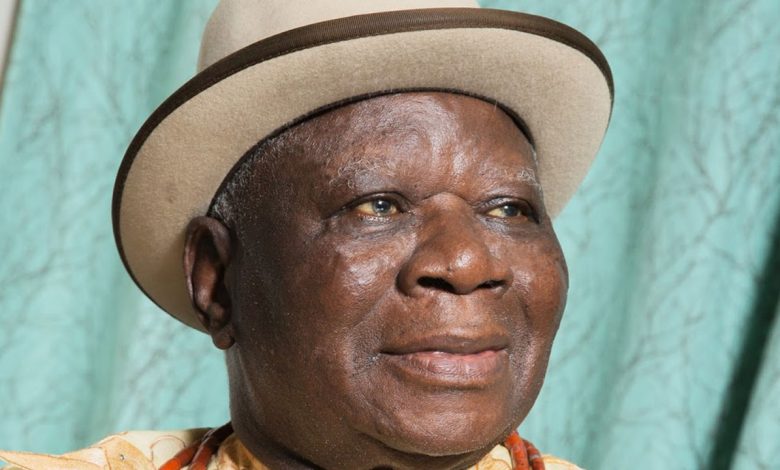 Recall that Clark said during a recent interview with BBC News Pidgin that IPOB is dreaming with its inclusion of the South-South region in Biafra Republic.

He was asked if the South-South states are also part of the Biafra that IPOB is agitating for, and had replied, “How can Delta be part of Biafra? In what way? Is Biafra older or bigger than Delta?

“How can Rivers State or Akwa Ibom become part of Biafra? They are dreaming for still thinking about the Eastern Region of those days.”

Outlawed IPOB is agitating to break the South-East and South-South regions away from Nigeria to form Biafra Republic. Biafra campaigners claim that they have not seen the gains of good governance from successive Nigerian governments, hence their resolve.

Read Also Hilarious!! See What This Pretty Lady Is Wearing That Got People Talking (Photo And Video)

Both the South East and South South regions were part of the defunct Eastern Region which rebelled against Nigeria from 1967 to 1970.

Reacting to Clark’s statement, IPOB stated that Clark “is not speaking for millions of Niger Delta youths, men and women earnestly yearning for their liberation from the Nigerian bondage.”

IPOB’s stance was disclosed in a statement on Friday titled, ‘Edwin Clark Is A Spent Force That Lacks The Mandate To Speak For The People Of Niger Delta,’ signed by the group’s spokesman, Emma Powerful.

“It’s too appalling that Edwin Clark doesn’t know that those who own Biafra are those he referred to as South-South or Niger Delta as the Case may be. How suddenly Edwin Clark has forgotten that it was an Izon man who brought the name ‘Biafra’ to the table for approval which Ojukwu and his Eastern Consultative Assembly approved without hesitation or debate!” the group said.

“Edwin Clark should know that IPOB led by our great leader Mazi Nnamdi Kanu did not force any clan to join Biafra. But if his community, clan and tribe refuse to join Biafra through referendum at the right time, they should not blame anybody for their fate in Nigeria.

”By the time Biafra will exit Nigeria through a referendum, any clan in the so-called Niger Delta that refuses to be liberated from the Nigerian bondage should get ready to serve the Fulani as slaves forever

“We, however, know that Edwin Clark is not speaking for millions of Niger Delta youths, men and women earnestly yearning for their liberation from the Nigerian bondage. He is only speaking for his Fulani slave masters, but very soon he will discover that he is a General without foot soldiers.”

Sad Tales Of Nigerians At Turkey, UK, Other Foreign Embassies