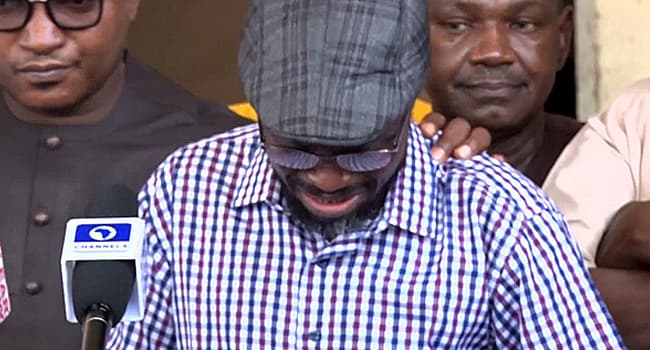 Governor Yahaya Bello of Kogi State has relieved Dr Saka Haruna Audu, the commissioner for Health, of his appointment with immediate effect.

According to sources, the Commissioner was sacked over alleged misappropriation of funds.

A source said Dr. Saka packed out of his office in the state Ministry of Health, Lokoja, on Tuesday.

Some persons have been reportedly pleading that the Governor should not make the development public.

Dr. Saka was reported to have told some of his colleagues that he was suspended, not sacked.

Dr. Saka Haruna was among the first set of commissioners appointed by Bello in his first term.