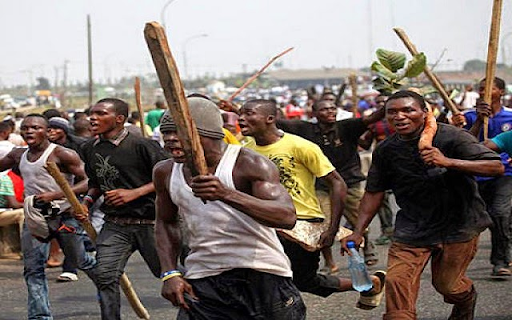 According to DAILY POST, Over 100 armed thugs have invaded the premises of the Nigeria Labour Congress, NLC, in Kaduna State.

DAILY POST gathered that the thugs stormed the premises on Wednesday morning to further disrupt protests in the state.

According to him, some residents supporting the state government stormed the premises to interrupt the ongoing protest.

“We have been able to arrest some of them and investigation is ongoing to that effect,” the PPRO added.