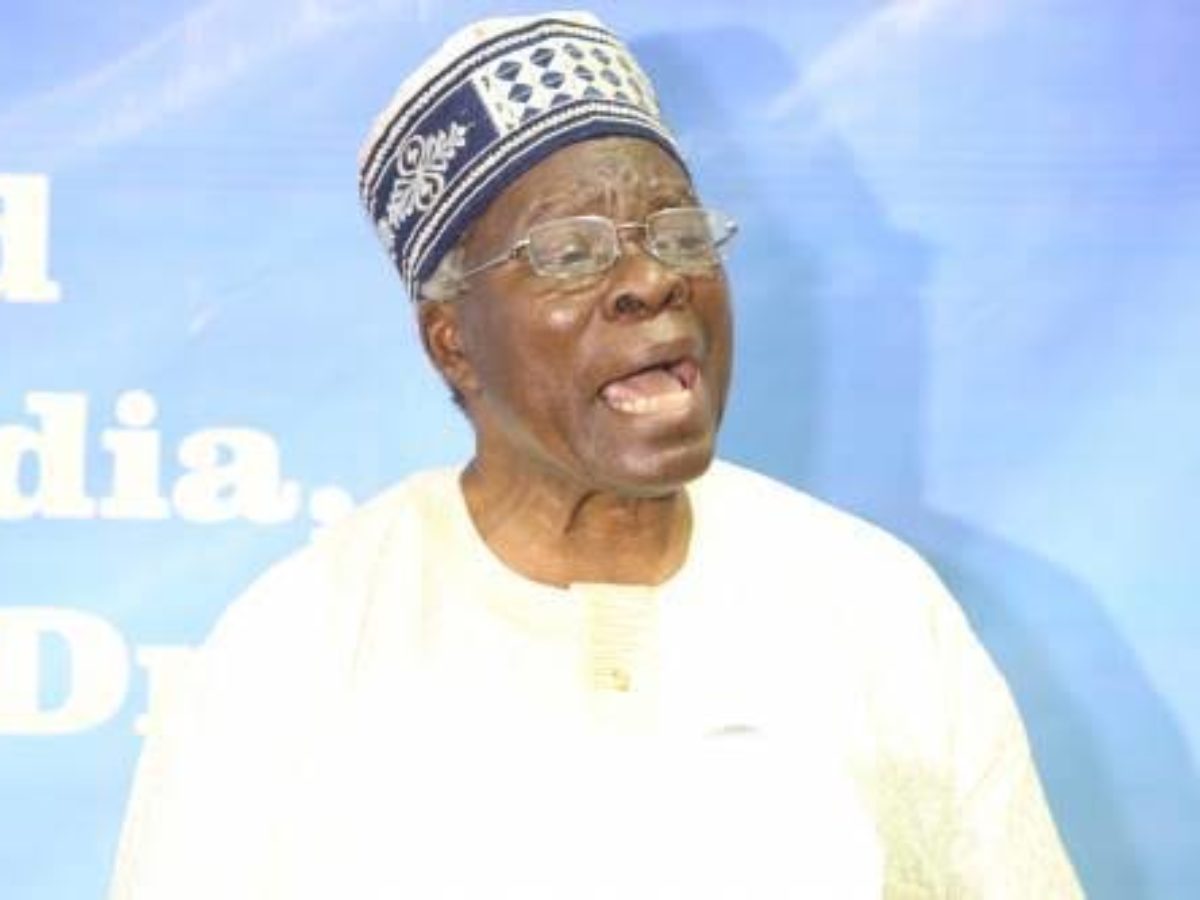 The apex leader of Yoruba Self-Determination Groups, Ilana Omo Oodua, Professor Banji Akintoye says the murder of Yorubas in people of Igangan in Oyo State was a declaration of war by “Fulani terrorists”.

Akintoye accused the President Muhammadu Buhari-led federal government of backing the “terrorist herdsmen that have been maiming, killing and raping the Yoruba people and exterminating their properties”.

In a statement on Monday by his spokesman, Maxwell Adeleye, Akintoye urged the Yorubas “to arm themselves with whatever they can lay their hands upon”.

He hailed Ondo Governor Rotimi Akeredolu for his stand on the Igangan massacre, and advised the South-West Governors to put aside constitutional objections to defend their people.

“Yoruba land has been surrounded, and we must act now”, the renowned scholar declared, adding that Yoruba people have never been conquered.

The second republic member of the Senate urged Yoruba youths to prepare for “technological, spiritual and physical warfares”.

“The Fulani herdsmen attack must never be allowed to succeed anywhere in Yoruba land again”.

“The Federal Government of Nigeria has failed woefully to protect the Yoruba people and other indigenous peoples of Nigeria’s South and the Middle Belt against these invading, marauding forces.

“The federal government started by saying and doing nothing about the terrorism while apparently instructing the security agencies to do nothing to confront the terrorism.

“The federal government persistently gives to the wide world a false picture of the situation by claiming that everything is a product of climate change even as the Fulani insistently issues statements that their mission is to subdue all peoples and forcefully take their land.

“While allowing the Fulani to move freely with and to import various categories of weapons into Nigeria, the federal government prohibited the possession of any kind of firearms by any indigenous citizens of Nigeria.”

Akintoye lamented that authorities sent the Police and Army to seize privately owned weapons including those citizens had earlier been licensed for hunting and sports.

“In the light of all the foregoing, we call on all our governors to stop letting objections by federal officials obstruct the defense of our peoples.

“We call on all Yoruba people to rise up as one to defeat this danger. We Yoruba have a proud history that we have never been conquered.

“Let us not succumb to conquest now. Let us thank the countless young people of our land who have been standing up against the invasion of our land.”

On Sunday, the Aare Onakakanfo of Yorubaland, Iba Gani Adams said over 50 people were murdered in Igangan and that “war is imminent in the country”.

Sultan Of Sokoto Reveals Those Who Plan To Dismantle Nigeria