Three persons have been confirmed dead and many persons wounded in a bank robbery in Ilara- Mokin, Ifedore Local Government Area of Ondo State. 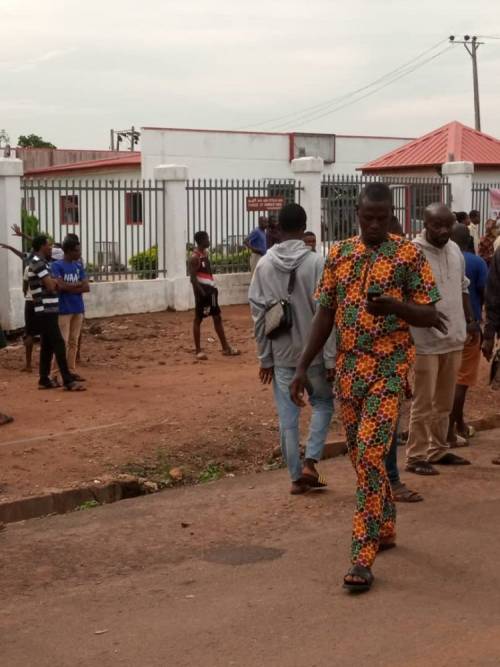 SaharaReporters gathered that one of the victims was a popular Ondo-based journalist and the spokesperson of  Elizade University, Olubunmi Afuye.
The robbers also killed a policeman and a motorcyclist.

A resident of the town told SaharaReporters that the robbers came to the bank around 3 pm and shot into the air to scare those within the vicinity of the bank.

Bank staff and customers who came for transactions at the bank scampered for safety.
The resident said the robbers used dynamite to blow open the entrance and carted away an unspecified amount of money.

“Bank staff and customers who were around for one thing or the other scampered to safety. There was confusion everywhere,” the resident said.

“A journalist, policeman, and motorcyclist were killed by the gunmen.”

Police Rescued 2 Pregnant Girls From A Baby Factory In Lagos