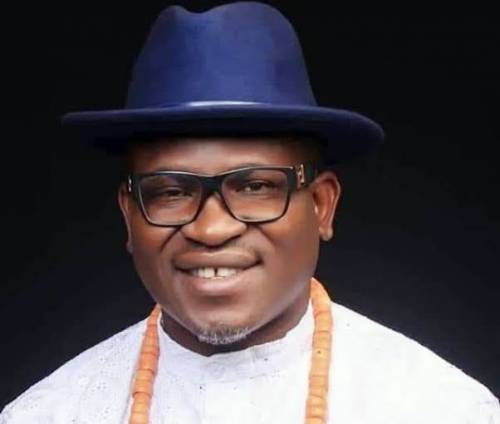 The robbers numbering about six, SaharaReporters gathered, shot the lawmaker at close range around 9:00 pm while he was visiting an old friend along Ekpan, in Warri.

It was learnt that his aide, identified as Dorume Stephen, was locked in the boot of a car by the assailants, who took his mobile phones away.

It was gathered that Izeze, Chairman, House Committee on Lands, Survey and Urban Development, is currently receiving treatment in an undisclosed medical facility in Warri.

According to Sahara Reporters, on Thursday night, armed robbers held the Warri axis of the state hostage, robbing from one area to another and shooting indiscriminately for hours.

According to an eyewitness, in the area where Izeze was shot, armed robbers carried out over six operations unchallenged.

He lamented what he called “lack of security presence in Warri and Ughelli areas of the state”.

In his words “Security-wise, before now there was no government presence yet a governor is collecting a huge amount of money every month as security vote.

“The lawmaker’s aide, Dorume Stephen, was locked up in the boot and was about to be taken away when he was rescued by policemen. Okowa’s government must take the issue of security seriously in these areas, especially in the Warri and Ughelli areas of the state. It is not just about collecting security votes alone,” the source said.

It was gathered that as the news filtered into town, the Delta State House of Assembly Speaker, Sheriff Oborevwori, immediately rushed to the hospital Izeze was being treated to ensure proper medical attention was being given to his colleague.

He got there around 11 pm on Thursday and left around 1 am on Friday.

When contacted, Izeze confirmed the story and thanked God for his life but couldn’t speak further as he said he needed to have some rest.