Ahead of the 2023/24 Governorship election in Kogi State, there are strong indications that the Okun people in the West Senatorial District of the state may get it right this time around as the Paramount ruler of the area, HRM Oba Solomon Dele Owoniyi, the Obaro of Kabba and Chairman Okun Area Traditional Council, has put arrangements in place in search of a likely successor to Alhaji Yahaya Bello. 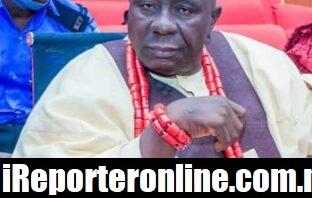 According to a palace source, the monarch has held a series of meetings on the subject matter since last year, stressing that another meeting will be called this weekend or latest next week to further deliberate on vital issues relating to the governorship.

The source further revealed that the monarch often alluded to having reached an agreement with Governor Yahaya Bello to hand over to an Okun person hence the importance of the meeting which aim to balance the power equation in the state, noting that since the creation of the state no one from Kogi West Senatorial District has been able to lead the state apart from the three months of Rt. Hon. Clarence Olafemi as Acting Governor.

Many Okun sons and daughters have lauded the Monarch for the bold step in this regard despite the hazy political situation as it concerns the 2023 governorship election in the state.

JUST IN [2023]: IBB Reveals The Next President Of Nigeria