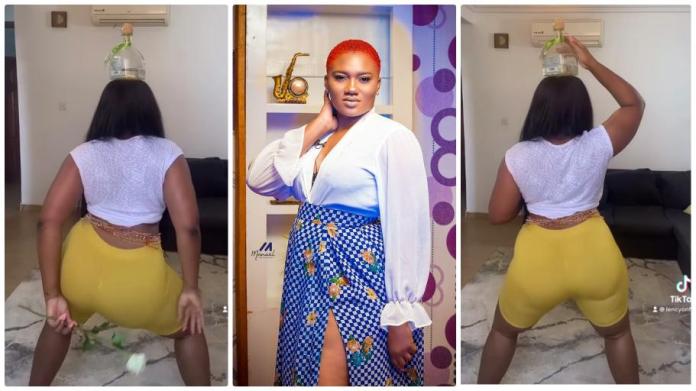 Former UCC SRC president aspirant turned TV presenter, Nana Abena Korkor Addo has dazzled her followers on social media with a new video of herself shaking her back assets.

The Former student of the University of Cape Coast (UCC), Abena Korkor Addo, dominated the headlines in the past all because of her hot photos and videos.

Following that incident, she has never looked back as she has been warming the hearts of social media users with her breathtaking photos and video .

Abena Korkor is very active on social media and she has been releasing sumptuous photos and videos about herself.

In a new video posted to Instagram, she was seen shaking her humongous backside it to the admiration of her followers.