A woman has sought advice from the public on how to find a solution for the problem currently bedevilling her marriage. 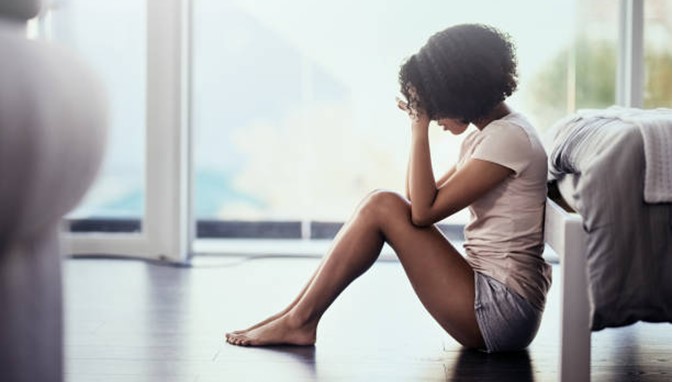 She revealed that her husband wants to marry his side chic who was recently chased out of her home by her husband after he uncovered her infidelity.

Sharing her story with a relationship counsellor on Instagram, she distraught woman revealed that she had gone through her husband’s chat and messaged his side chic, who was also married.

She then contacted the side chic’s husband and gave him proof that his wife was unfaithful. .

The narrator said that her husband then came home and said his side chic’s husband sent her packing, and if they don’t reconcile, he would have to take her as his wife.

READ ALSO: Village People At Work: Nigerian Woman Set To Travel Abroad Runs Mad As She Got To The Airport [Video]

”My home is tearing apart. I made a nasty and silly mistake 😭

”Last week, I don’t know what came over me. I picked my husband phone and checked all his messages. I got a clue of a side chick and saved the number. I got her Facebook account, connect with her husband and send him messages warning him to tell his wife to leave my husband. He told me I am a liar and I sent all the proof I saved from my husband phone to him😭.

”My husband did not come home on Monday and Tuesday and did not pick my call either. I told his family and they reached out to him. He came home last night to announce to me that the husband of the lady I reported sent her out and he has no choice but to secure a place for her. He told me frankly that he never planned to marry two wives but if the man refused to reconcile with her he would have to marry her and adopt her only son.

”My marriage would be 15 years soon, I have never seen my husband so bitter and angry like this. I am in a serious trouble. I don’t even know what to do.

Please I need advice, you can post to the group but hide my identity. Thank you ma.”