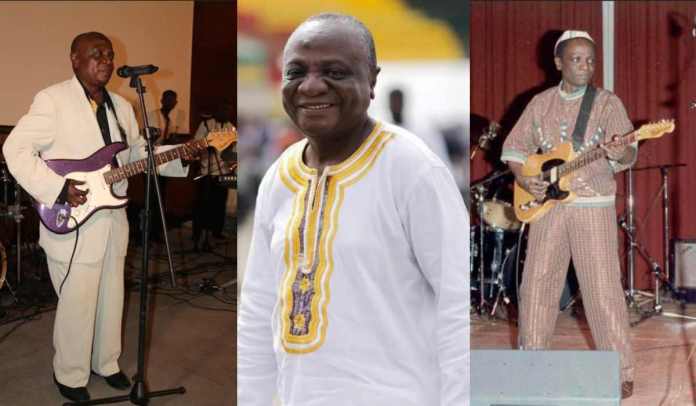 A big loss has hit the Ghanaian music industry as news of the death of legendary highlife musician Nana Ampadu becomes known.

Reports have it that he passed away in the early hours of September 28, 2021. Nana Ampadu was 76 years old.

His death was announced by his grandson who was speaking to a radio station in Ghana.

It was also reported that the he had been ill for some months.

Read Also I Give My Wife Every Style In Bed Yet She….. – Man Laments After He Caught His Wife In Bed With A Prophet (Video)

A few months ago, Sarkodie shared a new single he had recorded with the legend. The song is yet to be released .

Nana Ampadu is a composer, guitarist and singer who is known for his brilliant storytelling skills through highlife music.

Born at Obo-Kwahu in the Eastern Region, Kwame Ampadu formed the famous African Brothers band in 1963.