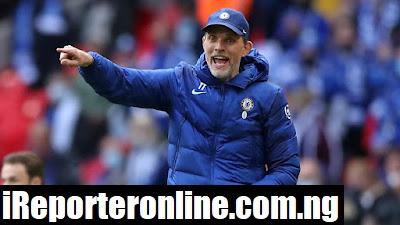 Chelsea manager, Thomas Tuchel, has stated that Romelu Lukaku’s comment regarding his current situation at the club is a distraction to the team.

Tuchel said this in reaction to the striker’s interview with Sky Sport Italia where he said he was unhappy with his role at the club.

The manager expressed his dislike for the ruckus the interview is causing saying it “brings noise that we don’t need”.

He said, “I don’t like it. But I don’t want to make more out of it than it actually is. It is very easy to take lines out of context.

“To be honest I don’t like it because it’s noise we don’t need. We need a calm environment and focus and it does not help.”

The German said that the club would take time to understand how Lukaku feels being with the London side stating that his attitude at work is different from what he said.

The former Paris Saint-Germain gaffer added that he did not feel the Belgian was unhappy at the club.

“I don’t feel him unhappy. I feel the exact opposite. If you asked me yesterday morning I would say that he is absolutely fine. That’s why it’s a surprise but I am the wrong person to ask.

“We can take the time to try to understand what is going on because it does not reflect the daily work, the daily attitude, the daily behaviour Romelu shows here,” Tuchel stated.

Although recorded weeks ago but aired on Thursday, Lukaku’s interview has sparked different reactions among fans and pundits after he said he was “not happy with the situation” at the club.