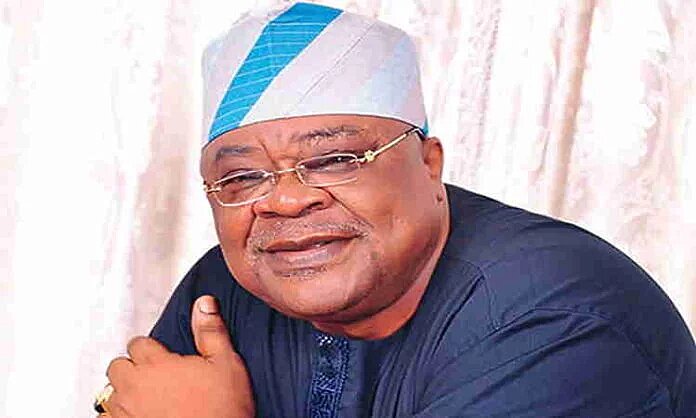 Oyo Governor Seyi Makinde has confirmed the death of one of his predecessors Otunba Adebayo Alao-Akala.

Makinde dropped the hint when he was called to deliver a goodwill message at an ongoing interfaith prayers for Oyo workers.

The Governor, who said he got the news at the event, only called for a minute silence.

He also ordered the ongoing programme be brought to an abrupt end.

The former APC chieftain died Wednesday morning in his sleep at his Ogbomoso country home.

He was said to have been in good spirit the night.

The cause of his death remains unknown.