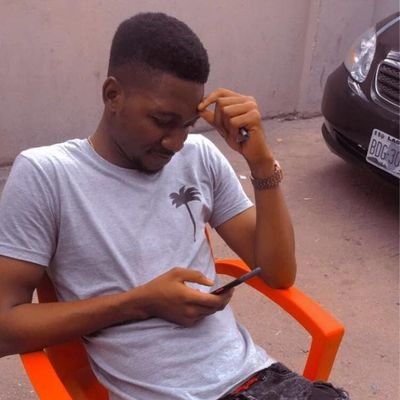 Young man narrates how a babe he took home for the first time robbed him of the sum of N170K and his Samsung smartphone.

According to a Twitter user identified as @xamistic, he met a young lady whom he had a nice time with at his apartment, only to wake up to find out that his money and phone are missing.

“invited this babe(Blessing) to my place, After the whole cruise.. She stole my 170k and Samsung phone.. kindly DM if u seen her around ur premises.. Plz help Retweet.

“Since her pix has gone viral thanks to y’all, Her brother who seems to be in the Nigerian military called me to say I’m lying dat his sister told him dat she only stole the phone but didn’t see any cash.. She’s still on the run. have been asking for confrontation.” 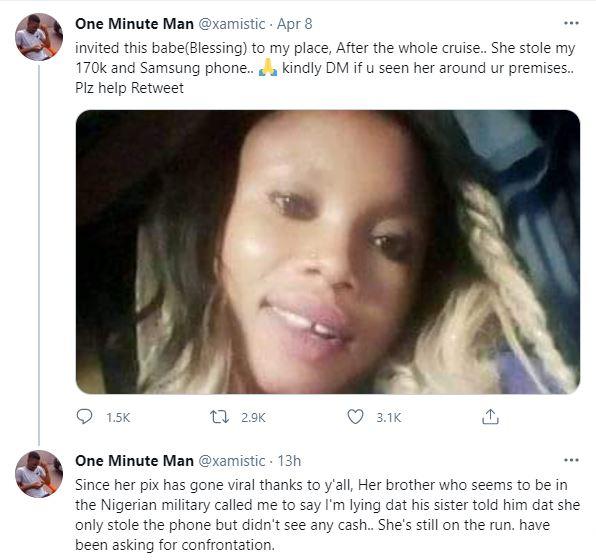 Top 5 American Rappers You Will Never Believe Are Nigerians