Kindly Share This
A 42-year-old man, Onyeka Augustin, has reportedly died of electrocution, while allegedly trying to illegally connect electric wire that was initially disconnected by operatives of BEDC Electricity Plc.
According to a statement by the Edo State Police Command Spokesman, SP Kontongs Bello, the incident occurred on Friday, at No 6, Akugbe Street, off 1st Upstairs Road Benin City, at about 5.10 pm.
The statement had it that the wire was disconnected at Eguavoen Street, off 1st Upstairs Road, Ikpoba Hill, in Benin.
“On receipt of the information, the Divisional Police Officer (DPO), Ikpoba Hill Division, CSP Moses Olanrewaju, immediately swung into action and drafted operatives to the scene where they met the lifeless body of the man hanging on the wires.
“The body was removed by the Police Operatives and deposited at the mortuary,” the statement said.
It added that the police is making effort to contact the family members of the deceased. 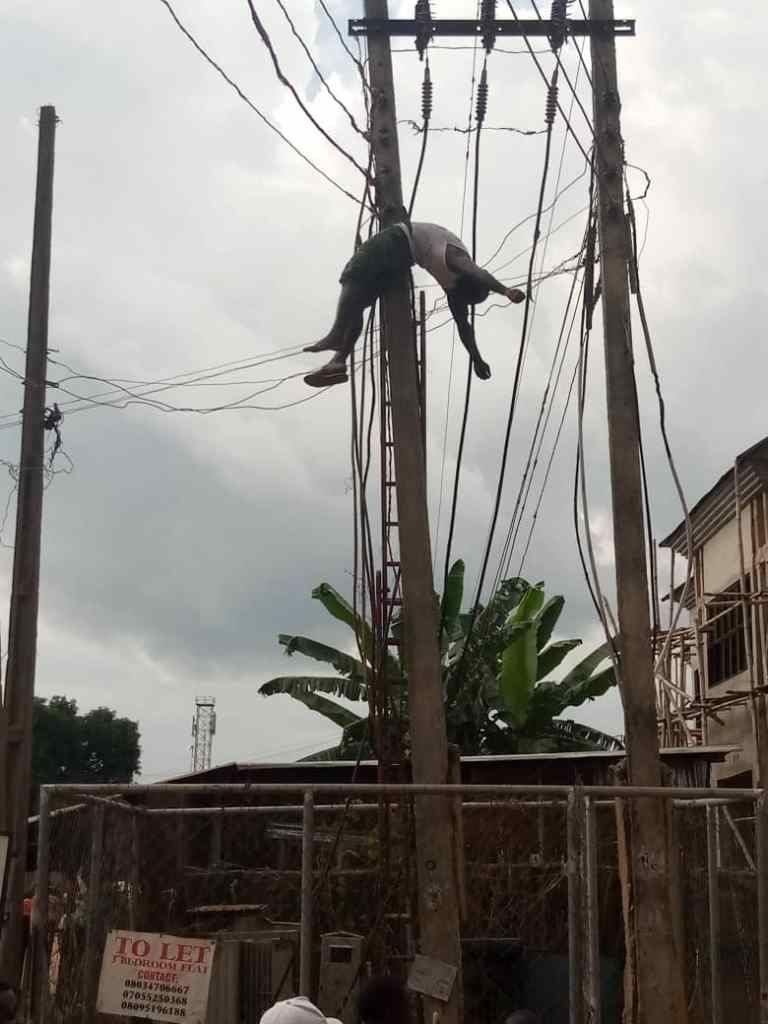