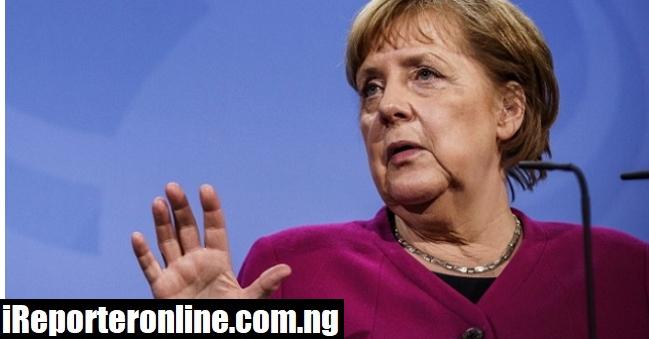 Germany’s outgoing Chancellor Angela Merkel on Tuesday distanced herself from Finance Minister Olaf Scholz, saying there was “a huge difference” between her and the centre-left candidate seeking to take her crown.

Less than a month before a September 26 general election, Merkel’s CDU/CSU conservatives are slipping in opinion polls while Scholz’s Social Democrats (SPD) have taken the lead in a race still seen as wide open.

Germans do not directly elect their chancellor but surveys show Scholz would now be the favourite if they did — while the conservatives’ pick, Armin Laschet, has fallen behind after a string of gaffes.

“With me as chancellor there would never be a coalition with the (far-left) Linke, and whether this can be said of Olaf Scholz or not remains open,” Merkel told reporters in Berlin.

“So in that regard, there’s simply a huge difference for the future of Germany between me and him.”

Scholz, who is also the country’s vice chancellor, is presenting himself as the stability candidate and the natural heir to Merkel’s legacy despite hailing from a rival party.

He has even copied the famous “Merkel rhombus” hand gesture, pressing his thumbs and fingers into a diamond shape the same way the chancellor does.

Surveys suggest the September ballot could result in a three-way coalition government, potentially with uneasy bedfellows.

The latest Forsa survey for broadcasters NTV/RTL put the SPD at 23 percent, followed by the CDU/CSU at 21 percent and the Green party at 18 percent support.

While the Greens would be a logical partner in a possible SPD-led coalition, Scholz has come under fire for not explicitly ruling out a tie-up with the radical Linke party, which opposes NATO and is currently polling at around six percent.

The pro-business FDP party, polling at around 12 percent, would also be an option but they are traditionally wary of teaming up with the Greens.

Conservative politicians have accused Scholz of riding on Merkel’s coat-tails.

Bavarian premier Markus Soeder from the CSU welcomed Merkel’s pushback on Tuesday, saying she could not have been clearer.

“Everyone knows that Olaf Scholz wants to move to the left,” Soeder said.

Merkel herself is bowing out of politics after 16 years as chancellor.

Buhari Support Uba As Next Governor Of Anambra State