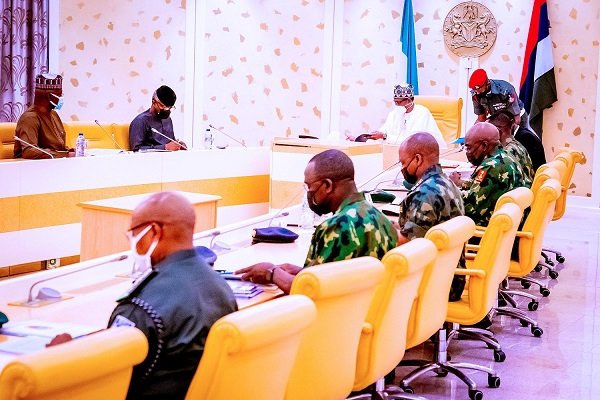 Moses Omo-Ikirodah Decry The Rise In Attack On Security Operatives, Calls On Buhari To Give Marching Orders To Service Chiefs

The rising insecurity threatening the Nation has continued to elicit condemnation from well-meaning Nigerians, according to Edo State politician and business mogul, Moses Omo-Ikirodah it is high time the president gives marching orders to the Service Chiefs to put an abrupt end to the menace.

Speaking to reporters in Abuja the youthful politician urged the President to take a “holistic and hasty” approach in tackling the rising rate of killings of security operatives especially in the Southern part of the country.

“It is disheartening and pathetic that the security challenges facing the nation have taken a dangerous dimension that our security operatives are now slaughtered like sheep’s in the hands of unknown gunmen. This is a pitiful case of the hunter now turning into the hunt, every day we wake up to scary headlines of killings involving policemen and other law enforcement agents with Imo, Abia, Rivers, Anambra, Ebonyi and Akwa Ibom States recording the worse hits.

It is imperative that the President gives marching order to the Service Chiefs to immediately do the needful in quelling and averting further attacks on our security personnel. Comprehensive intelligence should be undertaken with the sole purpose of identifying such threats and neutralizing them immediately.

Aside from the customary and adequate provision of firearms and defence equipment for our Armed Forces  and the Nigerian  Police Force, the government on its part should be seen to reward bountifully our officers who are at the forefront of battling these retrogressive elements threatening the survival and unity of our Nation.”

Moses Omo-Ikirodah further stated that the timely intervention by the Service Chiefs and heads of the various security agencies would restore confidence amongst the citizens who are currently disillusioned and in a state of uncertainty.

The last few days have seen a rise in the spate of attacks on police stations and some army formations in some states across the federation.

Can A Man Be Declared Guilty Of Raping His Wife? Read What Lawyers, Others Say