A worried woman is seeking advice on how to deal with her husband’s brother who is pestering her for sex without causing trouble between two siblings. 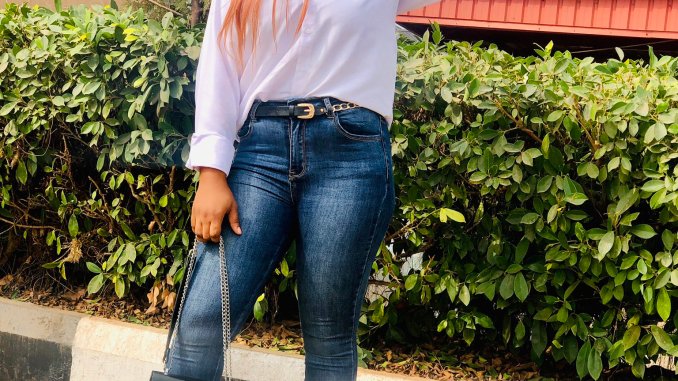 According to the woman who poured her frustrations in a letter addressed to NaijParent, her marriage is just three years old and she has only one child.

She admitted that her husband loves and cares for her to satisfaction, so she has no problem in the marriage to complain about.

However, her brother-in-law is the one becoming a threat to her blossoming marriage.

Read the details of her letter below:

“I have seen terrible things but lately, I do not know of a better way to handle this situation other than seeking help from this community. I am a newly married woman and a mother of one. My marriage is barely three years but it is beginning to take another shape. My husband is a great man and he has provided for me and loved me since we first met.

“The problem I am facing in my marriage now is not even from him, it is from his younger brother. My husband’s younger brother started making sexual advances towards me for about a month and this is making things more and more difficult for me. I have tried to handle the situation in a mature and discreet manner but it is getting out of hand.

“I am a fair young mother and my husband has a younger brother who is about two or 3 years older than me. When we got married, my husband used to talk about him a lot so it was obvious that they had a good relationship. My husband is a bit older than me, like 10 or 12 years older than me so we don’t get to do all those young things young people do.

“But regardless of that, I know he loves me and he cares about me a lot. His younger brother works in the East but whenever he comes back, he prefers to stay in our house even though their family house is also close.

“When I got married, my husband’s brother was very nice to me and helped me with many tasks in the house but I didn’t know it was because he had eyes for me. I just found out recently. He came back and as usual, he stayed in our house.

“I was nice to him and ensured he was comfortable but at some point, he started making suspicious remarks. He would always praise my beauty and tell me that his brother married a good wife. From that, he progressed to calling me ‘my wife’ even in the presence of his brother. Mind you this wasn’t an odd thing because people do it and it doesn’t get queried and my husband too wasn’t complaining because it is common in their culture.

“When I knew that there was a problem was when he started touching me. Whenever I passed, he would try to touch my waist or my back. I was uncomfortable and every time he tried to do it, I always avoided it. I noticed that it continued and he only did it when my husband was not around so I became more careful and avoided him.

“One day when I was serving food, he hit my ass and I turned immediately to warn him never to repeat it in his entire life. He was unmoved, he didn’t even apologize, he just made a joke and laughed over it. Later on another day, he told me I was looking sweet and said his brother was lucky to be enjoying everything on my body alone.

“Due to his actions, I started avoiding him. He always has one of two disgusting things to say to me so I gradually began to dislike him and avoided him. One day when we were alone in the house, he openly told me that he liked me and would want to have a taste of me even if it’s just once.

“I was very enraged that he could even think of something as gross as that and even had the nerve to say it to my face. He went on to say that he was my husband’s younger brother so it was not going to be a problem. I clearly told him never to think of it and left. I was angry and scared. It was happening in my matrimonial home and I didn’t want things to get worse so I continued to avoid him but he would always come to me.

“Avoiding him is good but for how long? He is going back next week but I am afraid. I have spoken to my friends and some think I should tell my husband. I don’t know how much of a good idea that is because I feel my husband won’t believe me.

“Apart from that, I don’t want to cause problems between two brothers. I don’t know the best way to handle this situation. I need help, please. I want to put a permanent end to this craze whether or not he is going back to the East soon. Please help me save my marriage before things get bad.”