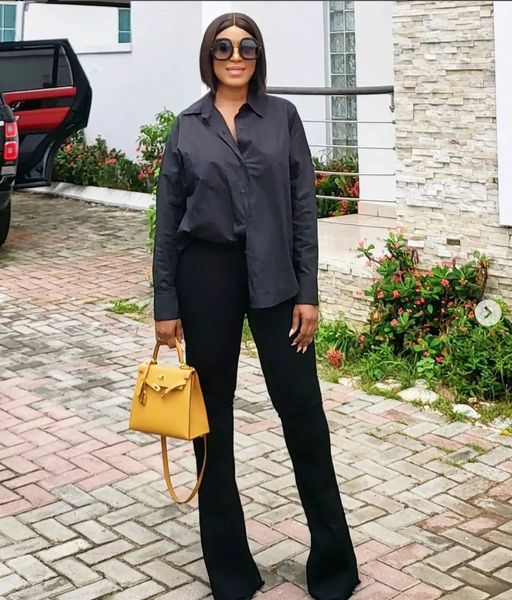 N25m Libel Suit: Linda Ikeji Attacks Law Firm For Announcing Their Victory Against Her On Twitter

Popular blogger, Linda Ikeji, has criticised a law firm, Olaniwun Ajayi LP, for tweeting that it won a N25million libel suit against her.

The Olaniwun Ajayi LP had represented Mrs Ajibola Ajayi, daughter of a former Governor of Oyo State, Senator Abiola Ajimobi, to win a case of libel against Linda Ikeji.

According to the firm, the judgement of the High Court of the Federal Capital Territory, Abuja had asked the blogger to pay general and exemplary damages of N25 million to a claimant, Mrs Ajibola Ajayi, daughter of a former Governor of Oyo State, Senator Abiola Ajimobi.

In reaction to this, Linda on Twitter responded by saying, “Using my name to get clients. I’m reporting this firm. Get ready.”

“Also, if you’re using my name to catch clout like this on social media, gloating and happy… does this mean I’m the biggest client your firm has ever sued and won against? Or is this how you announce all your victories? I should sue you for using my name like this